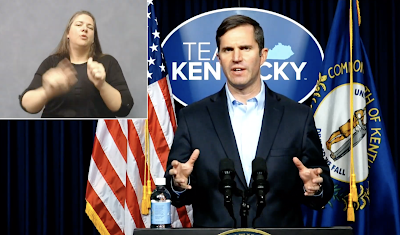 Today Governor Andy Beshear announced the most deaths in one day at his daily press conference, with 37 deaths spread across Kentucky.
Yesterday's total of 35 deaths had been the deadliest day since the start of the coronavirus pandemic. 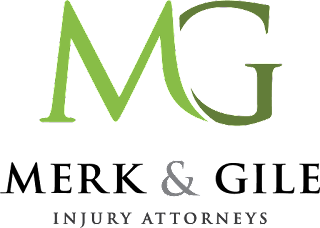 “Now is the time where action is necessary and inaction is deadly,” Gov. Beshear said. “The risk to all Americans is at an historic high.”
Tuesday’s case tally is the sixth highest day overall, bringing the total cases in Kentucky at 186,765.
Where to get tested for free in NKY
There are 358 testing locations spread across Kentucky.
In Northern Kentucky, St. Elizabeth Healthcare and Covington's Gravity Diagnostics offer free, appointment-only drive-thru testing at 25 Atlantic Ave in Erlanger, the former Toyota HQ building off Mineola Pike.
The site is open Monday through Friday from 8 a.m. to 2:30 p.m. You will be able to collect your own sample without leaving your vehicle and receive results within three to five days.
Additionally, appointment-only drive-up testing is available through St. E at 7200 Alexandria Pike, Alexandria. The free testing site is open on Tuesdays and Thursdays from 5 p.m. to 9 p.m.
Schedule an appointment at those sites online at www.stelizabeth.com/covid-testing. To find all coronavirus testing locations near you, click here.
As of 4 p.m. Tuesday, Dec. 1, Gov. Beshear reported the following numbers:
New cases today: 3,601
New deaths today: 37
Positivity rate: 9.62%
Total deaths: 1,980
Currently hospitalized: 1,768
Currently in ICU: 427
Currently on ventilator: 234
NKY cases:
Boone County: 145
Kenton County: 118
Campbell County: 69
Grant: 27
Posted by Mark Collier at 4:50 PM No comments: 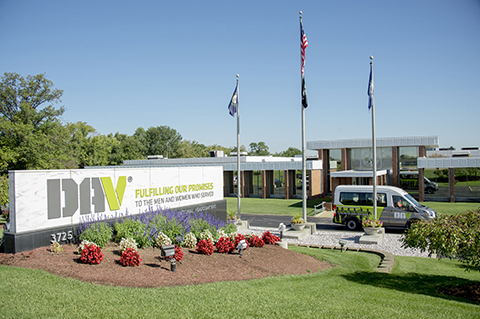 Disabled American Veterans (DAV), a nonprofit charity that annually serves more than 1 million veterans throughout the country, is relocating its national headquarters from Cold Spring to Erlanger.
Founded in 1920 and chartered by the U. S. Congress in 1932, DAV is dedicated to a single purpose: keeping our promise to America’s veterans. DAV expects to move an estimated 175 employees into the new headquarters, which is under construction on Dolwick Drive, by the summer of 2021.
"DAV has received a tremendously warm welcome from the city of Erlanger and its business community," said DAV Executive Director Barry Jesinoski."Our new facility will make us more efficient and accessible to veterans in the Tristate. It will, ultimately, prepare us for the next century of service and advocacy for our nation’s heroes.
"By moving to Erlanger right next to the Interstate-75/275 exchange, instead of building a new headquarters on the existing property in Cold Spring, we hope the location’s visibility will bring greater awareness to our free service and support for America’s injured and ill veterans," Jesinoski said.
"We are also excited and grateful when a new business and employer moves into Erlanger," said Erlanger Mayor Jessica Fette. "But we are especially honored that Disabled American Veterans, an organization whose entire mission is helping our nation's military veterans, is moving its headquarters to our city. I know I speak for our entire city when I say how proud we are that the DAV will call Erlanger home."
The new headquarters will cover 67,000-square-feet, about half the size of its current location. DAV is evaluating what to do with its existing property in Cold Spring – which is at the intersection of U.S. 27 and KY 1998 - with the assistance of Cushman & Wakefield, a global commercial real estate services firm.
"DAV leadership took a close look at maintenance costs and necessary upgrades on our current facility, which was constructed in the 1960s," Jesinoski said. "We also looked at the changing needs of the organization and determined we simply had far too much space. Every analysis told us the same thing – it was time for more modern and efficient facility."
With nearly 1,300 chapters, DAV provides a national network of local support for veterans and their families. DAV’s benefits advocates, who are veterans themselves, know how to navigate the Veterans Administration (VA) system, help veterans obtain benefits and connect them to the support they need, while transition advocates, on military bases across the country, provide face-to-face support to help those leaving active duty access their benefits and successfully transition back to civilian life.
Read more »
Posted by Mark Collier at 1:48 PM No comments:

Kentucky Transportation Cabinet Chief Jim Gray held a press conference to mark the official halfway point today with 21 days in on repairs to the Brent Spence Bridge. He said things are on track for the completion target date of December 23 in 21 days from now.

He started by thanking his staff, the engineers and construction crews from the Kokosing Construction Company, praising all involved in the repairs, as well as his team working on traffic management and rerouting issues.

The focus has been on the upper deck of the bridge, and right now the 16 steel beams supporting it have been set in place. He noted that the steel for the beams was sourced from four states, taken to Lexington where they were cut, shaped and painted for the job.

Crews are preparing the upper deck now to receive a new concrete surface. Pans are being installed and metal rods will be put in place before the concrete pour. That is not all the concrete work, Gray said. The next step will be to replace all the concrete barrier walls on both sides of the deck.

In the next phase, crews will turn their attention to the lower deck, which received much less damage from the truck crash and fire November 11. The surface of the lower level will be milled to provide a connective surface for a new layer of concrete and then new barriers will be added to the lower deck area as well.

The final part will be the painting and marking of new traffic lines.

When asked if the possibility of cold weather could affect the curing of the concrete, Gray said crews are prepared for that and have warming equipment on hand, but he did not anticipate local weather conditions to be a problem over the coming few weeks.

The message on traffic: Patience is a virtue

Gray noted a main issue has been and remains the maintenance of traffic for the 160,000-plus vehicles that have had to rerouted while the bridge is undergoing repairs.

"As you know, I-71 and I-75 merged traffic heading north through the region as directed by a signage detour onto I-275. From there, drivers can take alternate crossings across the Ohio River — the Dan Beard Bridge on I-471 or the Combs-Hehl Bridge on I-275. If you need to get into downtown Covington, you can stay on I-71 and 75 going past the detour, and there’s a single-traffic lane, a local lane open so that local traffic passenger vehicles can reach the 12th Street or the Fifth Street exits."

Chief District Engineer Bob Yeager fielded questions about traffic issues, which continue to create issues of congestion especially during rush hour. His final plea was for all to have patience, plan their routes and pay attention to possible changes along the way.

Gray urged patience as well and ended his report with an assurance that no corners have been cut and that he is confident in the work being done. He added that his department is examining all that has happened, and he anticipated there may be opportunities for changes and new ideas as a result of the incident.
Follow along on news about the bridge repairs on the Brent Spence Repair website set up by the Kentucky Transportation Cabinet.