Why Fort Thomas will not be Stockton, CA (BANKRUPT)


Stories about cities going bankrupt have grown more common in the news over the past couple years.


Cities like Stockton, California and Harrisburg, Pennsylvania among other cities have done that. But City Administrative Officer Don Martin said Fort Thomas is not in that boat, nor is he aware of any other cities in Kentucky that are.

One Set of Five (Things To Know): Fit Philosophie

One of the most popular new businesses in Fort Thomas is Jennifer Lynn’s FIT PHILOSOPHIE.  The studio located at 911 North Fort Thomas Avenue has had packed classes for months helping people achieve their fitness goals.  If their bustling business is not enough to sell you, Fit Philosophie was the winner of the 2013 Fort Thomas Matters Best Business Bracket!  As Jennifer’s studio continues to dominate the fitness scene I had to reach out to her for the next installment of “Five Things to Know”.
Read more »
Posted by Unknown at 10:08 AM 1 comment:

5 Simple Rules to Sharing the Roads in NKY

Like any Kentucky-grown boy on Memorial Day, I took this long weekend as a chance to be outside as much as possible. For me and -- to my delight -- for many others, this meant riding my bike all over Kenton and Campbell counties. By Saturday evening, I’d lost count at around 50 other people I’d passed on a bike in NKY. This is great.

Alongside increased outdoor activity this weekend, though, Memorial Day often brings with it increased auto traffic, many vehicles hauling boats, trailers, campers, or some other cargo. On top of these new rolling hazards, the increase in auto traffic inevitably yields a proportional increase in hostility from drivers aimed at cyclists.

While cyclist-aimed hostility is not a new phenomenon by any means, I thought I’d take this opportunity to outline what I see as 5 simple rules that cyclists and drivers alike must follow in order to maintain harmony on NKY’s roadways:
Read more »
Posted by Mark Collier at 8:40 AM 9 comments: 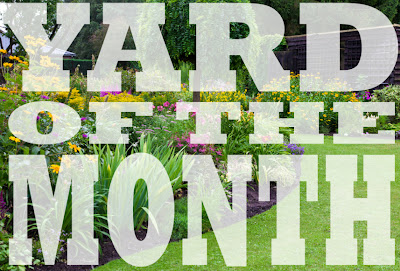 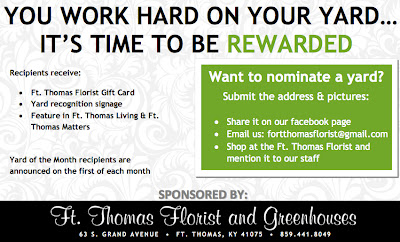 Fort Thomas is known as "The City of Beautiful Homes." It only makes sense that the yards leading up to those homes are just as pretty. Ft Thomas Florist has been helping Ft. Thomas yards look lavish, lively and lush for over 80 years. Truly a staple within our community, FortThomasMatters is ecstatic to partner with Ft Thomas Florist to bring our community a new crowned jewel.

We are hoping the Fort Thomas Yard of the Month will be something that residents will love and look forward to every 1st of the month for years to come.

The first winner will be announced June 1st of this year. To be nominated for Yard of the Month, go to the Ft Thomas Florist Facebook page, email them at fortthomasflorist@gmail.com, or mention them to the Ft. Thomas Florist staff.

Ft. Thomas is known for many things - beautiful homes, an excellent school system, and great sports teams. However, there's a little more to Ft. Thomas than meets the eye. Just ask longtime resident Jill Weitkamp, who currently lives on Highland Avenue. She's had paranormal activity in two homes on Highland Avenue, and one home on Bonnie Lane.

After at least twenty years of investigating ghosts in the area, Weitkamp is now in the beginning stages of writing a book about hauntings in Ft. Thomas. She hopes the book will be completed in the next 18 months, and is currently collecting stories from Ft. Thomas residents about their own ghostly encounters. "I have talked to several people who have shared some incredible stories with me so far. Some have asked that I not disclose the house location, and I won't. Others have had paranormal experiences outside of Kentucky, but I am sharing their stories as well." Weitkamp's hauntings and the stories of other Ft. Thomas hauntings inspired her to start writing the book. "Fort Thomas is an old city with a rich history and I have had people tell me stories before about their homes," said Weitkamp.
Read more »
Posted by Stephanie Class at 12:01 PM 3 comments:

FortThomasMatters: Put Your Money Where Your Home Is!

I think a key to any successful business is the ability to evolve. I'm not talking about changing overnight, but dexterity in thinking is crucial to be able to adapt to our ever changing society. I believe that is one of our strengths of FortThomasMatters.

We are a completely different organization from where we started in 2007 to where we are today. From a sounding board to help run for City Council, to a fledgeling opinion site, to a legitimate news organization with a staff of 7 writers, to a charitable arm of giving, to a dynamic Public Relations team for our advertisers.

Today marks the day of another change. A sustained champion for a SHOP FORT THOMAS campaign.


There have been well-intentioned attempts at these campaigns before. The Fort Thomas Business Association and the City of Fort Thomas partnered together to spend time and money on their SHOP Fort Thomas campaign. It was basically a website provided by another company that was linked on both of the websites, with specials/deals/coupons from local businesses.

The problem was that the company running the site was not local. The FTBA and the City had the right idea, they just did not have the platform to make it go.

With our readership at 40,000 per month strong and now a platform in The Fort Thomas Living, we obviously do. I almost feel an obligation to our businesses, our business owners and our city to bust my tail to learn what it takes to evolve into a SHOP LOCAL Champion.

There are many in depth studies that demonstrate the power of SHOP LOCAL. In an effort to keep your attention, I'll list those below for your perusal and simply do my best to tell you the best three reasons to consider SHOP FORT THOMAS:

1) Keeping our money here keeps our money here. I know that sounds redundant, but it doesn't make it any less true. Tax revenues from these businesses allows our officials to keep our city clean, safe and beautiful. Getting Fort Thomas out of the mind set to driving to Cincinnati, Newport or Covington for what they can get in town is going to be a tough endeavor, but a worthwhile one. 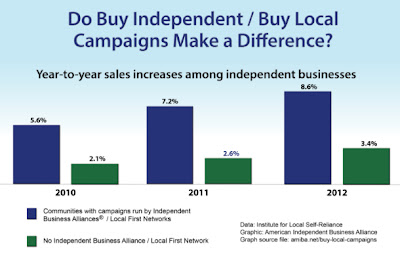 3. We have undertaken a cash mob at The Blue Marble and talked about Small Business Saturday on FTM over the last few years. But this SHOP FORT THOMAS campaign has to be more sustained. Independents Week starts the first week in July. My pledge to our readers, our city and our advertisers is to get something in place by then.

This SHOP FORT THOMAS campaign becomes more important with the retailers moving in right down the road at Newport Pavilion. I'm as excited as anyone over the developments down Grand Ave and onto Carothers Road. But the fact of the matters is this:

If we can get Fort Thomas residents to just start to think Fort Thomas before getting in their car and going elsewhere, our city will be even greater than it already is.

Panera Bread Co. coming to the Pavilion is being met with great optimism. But how many residents have been into Cobblestone Cafe? It's packed everyday because it's unbelievably good. But if we can begin to start to shift our thinking to think Cobblestone over Panera first - THAT'S OUR GOAL.

A small shift, but an important one. It simply means more to Fort Thomas than national chains. Because I learn from pictures more than words, I'll leave you with one more about how much more it means to a local shop and its city, compared to a chain store. 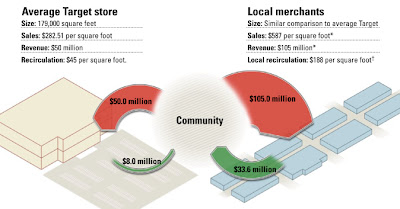 We can do this Fort Thomas!
Posted by Mark Collier at 7:37 AM 6 comments:


The honors for her great playing career may continue to trickle in 17 years after the amazing career ended.


Jaime Walz-Richey just received induction into the Kentucky High School Athletic Association Hall of Fame. But above anything else, the 35-year-old wants to be known as “a very caring person.”


That’s why Walz-Richey said coaching is tough sometimes. Her older brother Jeff Walz said virtually the same thing weeks ago. Walz is the head coach of the University of Louisville women’s basketball team. 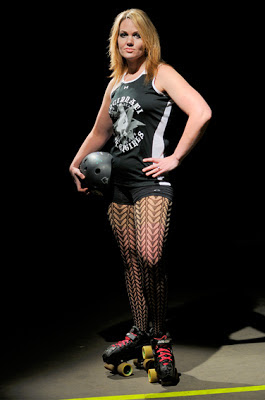 Christina Kuhnhein is a typical Ft. Thomas mom by day. After she leaves her job as a Client Relationship Manager for Paycor, she picks up her children from school, helps with homework, and prepares dinner. By night, she transforms into Ruthless Chris. 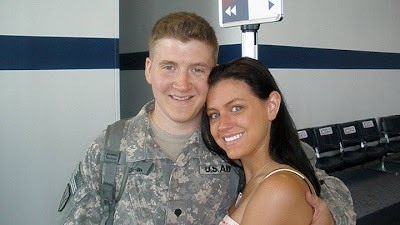 The details about Michael's Memorial are starting to come in after news broke last Thursday night about his death in Afghanistan.

Via his wife, Sasha, "I just wanted to let everyone know that I will be coming home with Michael tomorrow night. His Memorial Service will be Friday May 24th, at the Fort Thomas Mess Hall from 4 P.M. - 7:30 P.M. Following will be a dedication and wake."

Read more »
Posted by Mark Collier at 7:40 AM No comments: 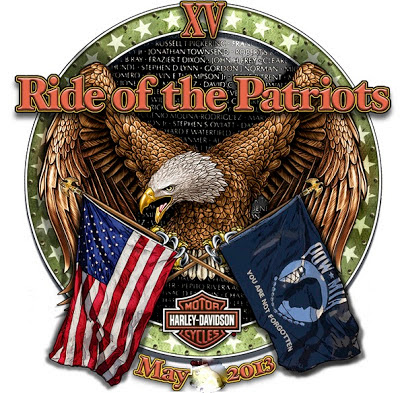 The Fort Thomas Independent Schools participated in an event, The 2013 Rolling Thunder, observing war veterans.
Read more »
Posted by Unknown at 7:36 AM 1 comment:

Usually I would not encourage our readers to congregate in stranger’s yards and loiter in their gardens, but on June 22 there will be an opportunity to enjoy this city’s most beautiful gardens.  The fourth annual Fort Thomas Garden Tour will be upon us in one month.  The tour will take place on June 22 from 10-5, and June 23 from 12-5.

The specific gardens included in the tour will be revealed the day of the tour, but you can purchase tickets early at the Bank of Kentucky, Ft. Thomas Florist, or here. 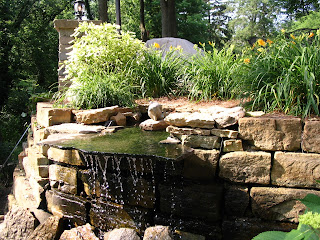 The price for tickets is $15 the day of the event (for every ticket), or you can purchase tickets in advance and your first ticket is $15 and every subsequent ticket is only $10.

The Fort Thomas Garden Tour benefits the Fort Thomas Forest Conservancy’s efforts to preserve and protect the wooded areas of the city. 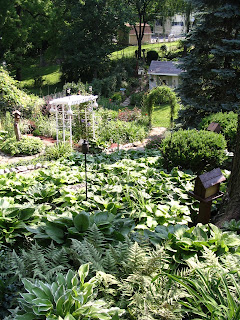 There will be vendors in Tower Park during the event selling garden décor, art, and jewelry.  Tower Park will also be where the perennial swap will take place.

The Fort Thomas Garden Tour is a fantastic event for the city, but Stephanie Graves, the organizer for the tour, advised me that they are in desperate need of volunteers.  They are looking for 40 “garden greeters” to work in pairs, welcoming ticket holding guests at the featured gardens in 2 ½ hour shifts.  The Garden Tour also needs four volunteers to sell tickets on Saturday and Sunday.  If you are interested in participating in the garden tour you are encouraged to contact Stephanie Graves at smeadegraves@gmail.com or call her at 859-441-6235.

Posted by Unknown at 7:35 AM No comments:

This week’s City Council meeting showed the first Ft. Thomas resident to address council since I began covering these meetings months ago:

Mrs. Andrea Patrick, who lives on N. Crescent, addressed council regarding the Imperial Apartments complex located at the intersection of S. Ft. Thomas Ave. and Grand Ave. Mrs. Patrick described a variety of disturbances by tenants of Imperial Apts. she claims have been ongoing for the 4 years she and her family -- a husband and two young sons, all present at the meeting -- has lived in the neighborhood. Mrs. Patrick described the apartment complex and its tenants as a “public nuisance.”

After Council had heard Mrs. Patrick’s testimony, Mayor Mary Brown deferred to FTPD Chief Michael Daly, who confirmed that increased police patrolling has been implemented around the property before, to only temporary effect. According to the Patricks’ count, the FTPD and FTFD have responded to the apartment complex over 200 times in the last four years.
Read more »
Posted by Mark Collier at 8:20 AM 6 comments: