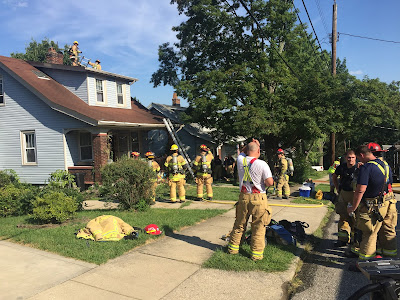 A house fire in the 30 block of Rossmore Avenue in Fort Thomas occurred just before 5:00 p.m. today. Rossmore is off of S. Fort Thomas Avenue between Bivouac and Lockwood Avenues.

Flames were pouring out of the back of the home as firefighters went in through the front door and second floor to put the fire out.

House on Fire on Rossmore Avenue in Fort Thomas

A house fire is currently burning on Rossmore Avenue in Fort Thomas.

Crews from Fort Thomas and Bellevue/Dayton are battling flames in the home.

Read more »
Posted by Mark Collier at 5:15 PM No comments: 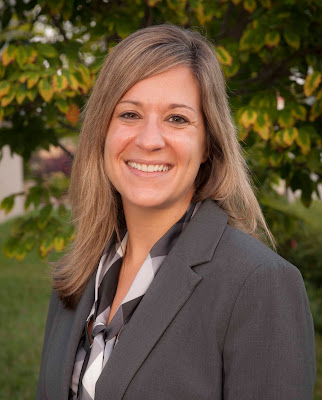 Before joining the administrative team at Highlands Middle School, Gatens was a mathematics teacher at Beechwood High School for seven years. 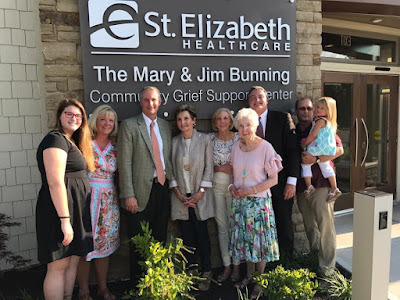 The 16-bed center -- specifically built for those journeying toward the end of life -- provides care and comfort to terminally-ill patients and their families. St. Elizabeth Healthcare was the first hospital in Kentucky to provide inpatient care.

“We’ve cared for about 4,203 patients since opening in 2007,” said Brian Jones, director of hospice and palliative care programs at St. Elizabeth Healthcare. “It’s been a tremendous gift to the community and a continuation of the hospice care St. Elizabeth has been providing since 1986.”

Longtime philanthropists and hospice supporters Mary Bunning and her late husband Jim Bunning also were recognized during the ceremony. The grief center -- located next to the Hospice Center – was renamed to honor their contributions.

Jim Bunning was inducted into the Baseball Hall of Fame in 1996 after a 17-year Major League Baseball career as a pitcher. A Republican from Kentucky, Bunning served in the U.S. Senate for 10 years.

The Mary & Jim Bunning Community Grief Support Center provides free individual, family and group grief counseling to anyone in the community experiencing a loss, not just those who have been through the hospice program. 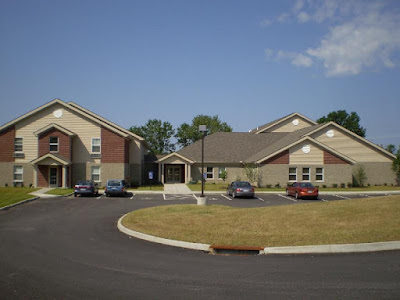 I wasn’t surprised when I heard some folks had initial concerns about the Brighton Center Recovery Center for Women locating where the former Campbell Lodge Boys Home previously resided.   What has surprised me since, is the unwillingness of some to look at facts and acknowledge this simple truth:  The heroin epidemic is impacting everyone in Northern Kentucky.

And here’s a news flash, if you live in Northern Kentucky, there have been overdoses where you live too, whether you know it or not.

The Jared Lorenzen Project to Debut 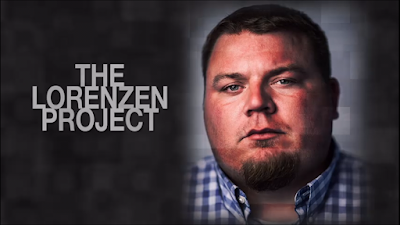 The Now Lets Get Fit Foundation has teamed up with former NFL QB Jared Lorenzen on its mission to combat obesity by instilling health and wellness through fitness activity and nutrition. Battling obesity as a child and subsequently his entire adulthood, Jared understands first hand how obesity impacts all aspects of your life. Now over 500 pounds, Jared is compelled not only to make changes to save his life but to share his story in an effort to inspire and encourage those who are also affected by obesity. 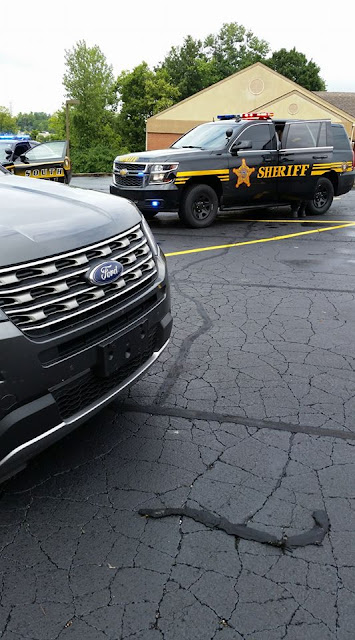 A police chase that began in Cincinnati carried into northern Kentucky today at around noon.

It's not yet clear what caused the chase, but the police chase ended at Christ Baptist Church in Cold Spring after the Hamilton County Sheriff's Department, Highland Heights and Southgate Police Departments stopped the pursuit.

No injuries were reported.

Judge Stine's Replacement to be Appointed

With the impending retirement of Judge Fred A. Stine from Campbell County's Circuit Court, the Judicial Nominating Commission will once again help fill a judicial vacancy by appointment.

Most recently in March of 2016, the commission recommended the appointment of then Campbell County Chief Assistant Courty Attorney, Cameron Blau, to serve the 17th Judicial District in Campbell County. That appointment came after former judge, Gregory T. Popovich, resigned during the middle of his term.

Blau went on to defeat four other candidates in the November election to retain the seat. Fort Thomas attorney, Joe Grimme, came up 756 votes shy in his first bid at public office. Abby Voelker, Hayden and Andrea Janovic rounded out the rest of the ballot.

Because Stine is retiring August 4, the race could be on the May 2018 primary if more than two candidates file. A general election will follow in November 2018.

When a judicial vacancy occurs, a notice of vacancy is sent in the judicial circuit or the judicial district affected. Attorneys may recommend someone or nominate themselves. Once nominations occur, the individuals interested in the position return a questionnaire to the Office of the Chief Justice, who then meets with the local Judicial Nominating Commission to choose three nominees.

A letter naming the three nominees is sent to the governor for review, who has 60 days to appoint a replacement.

Read more »
Posted by Mark Collier at 7:30 AM No comments:

Editor's Note: This the second of a two-part series.

After the season-opening win over Cooper last year, Shelby Jones, the Defensive Coordinator of the Highlands Bluebirds football team came into the locker room concerned.

"About all I can say is we're lucky to win the game," Jones said. "We have to get better. We're not as far along as I thought we'd be."

Highlands recovered three fumbles in that game on its way to a 52-42 victory. But the Jaguars racked up 479 yards on 71 yards for an average of 6.7 yards per play. 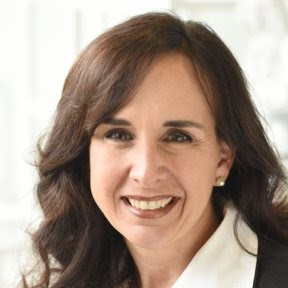 Kimberly Halbauer has been appointed to the Kentucky Council on Postsecondary Education and Casey Gesenhues has received an appointment to the School Curriculum, Assessment and Accountability Council.

Halbauer is a wealth assessment management director at Fifth Third Bank. She will serve for the remainder of an unexpired term ending December 31, 2021. 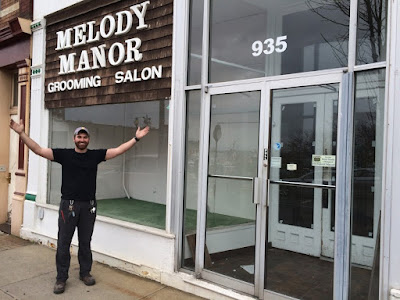 If you’ve driven down Monmouth Street in Newport recently, chances are you have noticed the changes happening to the building two doors down from Ebert’s Meats.

Fort Thomas resident, Michael Smith, has bought 935 Monmouth Street to completely renovate the building inside and out to move his business' headquarters there.

He purchased the building, which formerly housed Melody Manor Dog Groomer’s, in October of 2016 and has been completing the historic renovation with help from family and friends ever since.

Smith said that after thousands of hours of hard work, the building is now restored to its full glory. It features the original hardwood floors, tin ceiling, exposed brick, and historic storefront.

How To Tell What a Credit Card Skimmer Looks Like

Summer is a great time to make memories with family and friends. Whether you are spending your summer out on the farm, driving to your local ice cream shop, or hitting the road for a vacation, Kentuckians should be on the lookout for preying credit card skimmers seeking to steal sensitive information while you fill up your gas tank.

Credit card skimmers have been on the rise in recent years. Whether in Florida, Indiana, or here in Kentucky, skimming has become a national problem. Just this last month, Credit Union Insight reported that the federal government estimates skimming losses increased by as much as 70 percent in 2016.

The information obtained from a skimmer can result in hundreds of fraudulent charges over a single weekend. That’s why, prior to the Fourth of July holiday, I encouraged Kentuckians to be aware of this threat to their pocketbooks. Kentucky Department of Agriculture (KDA) fuel pump inspectors already have removed four skimmers at gas pumps this summer.

This is a big issue, and we are actively working with our friends in the law enforcement community to protect Kentuckians at the pump. For the second year in a row, our inspectors are looking for evidence of tampering with fuel pumps. In the past, inspectors were not checking for skimmers, but as the threat of skimming increased, we incorporated an additional inspection into our responsibilities at the Department of Agriculture. This is part of our on-going commitment to do more with less, even as we cut our budget to help Governor Matt Bevin meet the state’s financial obligations.

Kentuckians are our best ally as we try to stop these crooks. We need you, our friends and neighbors, to be our eyes and ears out on the road. So, while you fill up at your local gas station, pay special attention to the card reader, and if you think you spot signs of tampering, please notify the KDA by calling (502) 573-0282, ext. 2, or emailing us at ag.web@ky.gov.

You may be wondering, “How can I tell if someone has tampered with a card reader?” Here are a few key signs to look for:

Editor's Note: This is a two-part series. A preview of the 2017 Highlands defense will run Friday.

OP-ED: Program is critical to the region 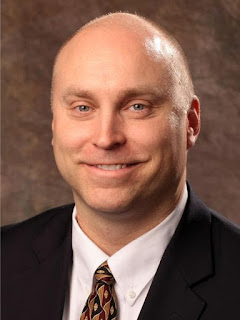 Whether you know it or not, Leadership Northern Kentucky (LNK) is a critical ingredient in the long-term success of our community.

The contributions by LNK classes over the years are wide ranging.

LNK classes have done everything from installing handicap doors at Redwood, to creating a Healthy newborn site for Transitions that serves mother’s going through addiction recovery.

Without LNK, there wouldn’t be a Maker space in Boone County, a Hope Box Derby to support Health Point, or an upcoming 2nd Annual River Cities Relay (August 26th) that will provide charitable spending for multiple nonprofits in the region.

The latest LNK class of 2017 is taking on “Unlock the Block”, July 22nd in Latonia.  This music fest was created to activate community vibrancy and potential in Northern Kentucky.
As you can see, LNK has been going strong since the very first class of 1979, ten years after the Northern Kentucky Chamber of Commerce was founded.   The program now boasts over 1,500 graduates!

Although it has changed over time, the core strategy remains – to use the community as a classroom to develop leaders who will effectively serve the region.

For many, their first exposure to the hidden challenges of poverty and law enforcement came through the LNK program.   For others, the first time they even heard of the Welcome House in Covington, learned how important pre-school is for kids, or heard from a holocaust survivor, came through LNK.
It was shocking for me to discover some LNK participants had never even tasted bourbon before.  Now that was a Kentucky tragedy that had to be remedied!

Thanks to LNK, their world has changed, and they are ready to be “change makers!”

Involving the community in this way “kills two birds” as it not only educates those going through the class, it also provides a mechanism for community organizations to recruit future board members, promote projects, and communicate strategies.

85% of LNK students still contribute charitably to non-profit organizations they met while going through the program.

Because those early graduates made such an impact on the community, (the previous “best classes ever”), the program is now widely viewed as a rite of passage for future leaders, and a key ingredient for developing future talent.

There are many reasons why the program is successful, but the secret sauce in my opinion is the diverse makeup of each class, and the fact that it is primarily driven by LNK Alumni.

People from various backgrounds and industries, that reside in different geographic areas, come together to learn from each other and form a lasting bond.

During a recent meeting at the NKY Chamber of Commerce, folks were asked to raise their hand if they were a graduate of LNK.  Nearly the entire room had their hands in the air.    It was a wonderful endorsement of the program, and another reason why you should support this incredible legacy of leadership.

As we head toward the 40th Anniversary of LNK in 2019,  I hope you’ll encourage friends & colleagues to apply for future LNK classes, support LNK initiatives, and financially support scholarship funding for non-profit partners and entrepreneurs.

The LNK tradition is strong.  Be a part of it.  It is a gem for the region, and continues to have a positive impact on the state we are in.

Read more »
Posted by Mark Collier at 1:55 PM No comments: