Matt Gramstad volunteered with GSCH for two summers before founding GSCC in 2009. GSCH cares for more than 75 children and teens and young adults, ages 3 to 21, while also employing 80 or more local villagers to work on the farm, in construction, as bakers, kitchen workers, caretakers and more. According to GSCC, "the humanitarian crisis caused by the invasion of eastern Ukraine and the subsequent displacement of as many as 800,000 persons has led us to expand our vision to encompass select hospitals and doctors, and to work with other charitable or philanthropic organizations."


In addition to his role as director, Waite serves as a staff dentist while also utilizing his diverse background in animal science and meat processing to improve the lives of Ukrainian residents. A 1969 Highlands High School grad, Waite earned a bachelor of science degree from Cornell University's College of Agriculture in 1973. In 1986, he earned his DMD from University of Louisville's School of Dentistry.

"I was in the meat business as plant manager with Kroger for 9 years and only went to dental school when Kroger began closing plants," Waite says. "Later they realized they had made a mistake and tried to re-establish with third-party owners, but all that management talent and knowledge was gone. I was recruited to come back and run a plant so I have practiced part-time dentistry for 25 years since."

Waite first visited GSCH Ukraine as a volunteer with his friend and Highland Heights dentist, Donn Mettens, in 2007. The plan was for Waites to offer voluntary dental services. "That was the original goal but we expanded to more general support of the home and local doctors that support the home with medical care," he says. "Since the Russian invasion of Ukraine we have become involved with a few hospitals because of their great need—especially Amozov National Institute of Cardiovascular Surgery in Kyiv."

Life for the residents of the home is fairly normal, Waite says. About 20 have mental or physical disabilities, requiring instruction at the home. "The majority go to regular school and a select few go to the local gymnasium, where they board during the week—even though it is in the village—and come back on the weekends." Waite says the children and teens have a social life that revolves around the church, village and school. Much of it is familiar—dances, proms, festivals, weddings, cell phones, boyfriends, and so on. "Older girls can live in the new apartment house and work either here at the home and farm or in Mukachevo or Uzhhorod nearby in factory work," Waite says.

The role of the home, Waite says, is not to find forever homes for the children. "GSCH does not encourage adoptions," he says. "It would cause a problem of jealousy and strife for those not adopted. The other problem is the appearance of trafficking in girls if rich Americans come and adopt. And the last problem is many are not true orphans—they have a parent that would need to sign off on adoption. This parent may be alcoholic, drug addicted, mentally incompetent, criminal, etc., but [he or she] still has parental right under Ukrainian law. That being said, many girls have a sort of foster family that they spend weekends and holidays with here in the village or nearby." 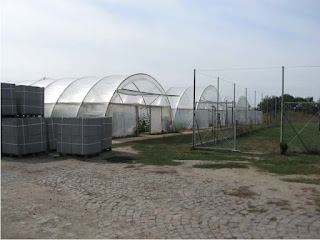 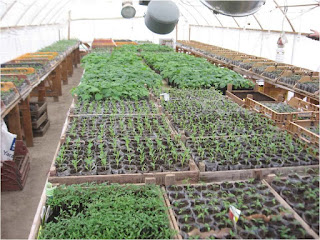 Waite first volunteered with the organization and home in 2007, traveling with his friend, Mettens. Unlike many church organizations that send teenagers on one-time "feel-good" mission trips, which Waite says can often be more damaging for the recipients of the voluntarism than helpful, GSCC strives to create long-lasting changes, improvements, work and friendships. Waite felt inspired to volunteer on an ongoing basis due to his gifts and trades, and has even considered moving there, in part due to the fact that he's now married to Irina, a Ukrainian, whom he met in 2008 and married in 2009.

"The Bible often talks about help for widows, orphans and criminals," Waite says. "I had the skill and opportunity, Donn Mettens pointed the way. In the U.S., the government has taken over most of the roles of the church from 100 years ago. Look at all the hospitals—Saint Something or Other. It is virtually impossible to have an orphanage today in the U.S. with the government regulations. They have pushed every one into foster care. We often have this discussion here—foster care would be better if a child was placed in a loving family but often the family is running a business just based on numbers. And how do you control the quality of care in 70 dispersed homes? While not ideal, the home here is the best alternative."

"In the U.S. help is available from numerous agencies regardless of your situation," Waite says. "Ukraine became communist in 1921. There was no one here in 1991 when it became independent again that had any knowledge of the social structures or institutions. Everything had to be built from scratch. Lazlo Katko helped found and build the home. [The home is currently led by Katko Laszlo Sr. and his son, Laszlo Jr.] He can stretch a dollar into three or four. The Hungarians and Ukrainians are willing to fight for their future and are not waiting for handouts but rather helping hands. They are educated, innovative, skilled and conscientious. Corruption remains from the Soviet era and one has to be careful lest you fall for a scam. [But] Katko and GSCH have the highest Christian values and ethical standards."

In the past Waite was making yearly trips to the home but he has been there 11 times in the last 3-1/2 years. "In Kyiv, we rent very nice apartments in the city center near the Maidan for about $45 a night," he says. "The home has an auxiliary building with the dental office and eight rooms with two to three beds each and a bath."

The last time he performed dental work on all the girls was 2012. "Since then a young local dentist agreed to do the work in exchange for using the office," Waite says. "We helped train and supervise him and he even spent five weeks with Donn Mettens in his office. He decided a year ago that he would go to Hungary and make his fortune so when I was here in the spring I promised to come back this fall and do the dental work. About six weeks ago, though, another young local man stepped forward and asked me to use the office. At first glance this guy seems much more aggressive and confident and had already examined most of the girls before I got here so I have not had to do very much actual work."

Waite says Lifegate Church in Newport has served as the organization's primary sponsor. "There are a number of projects here at the home or in the hospitals that groups or churches could adopt, small and large," Waite says. "I have a personal relationship with anyone or any group I work with. They are all vetted and checked to assure any funds go to what is intended. We just shipped a container of medical supplies to the Amozov Institute. That will remain a constant need and actually contributes to saving lives."

To donate money and learn more about the organization, visit here.