Apps for cameras, cops part of mix for big game 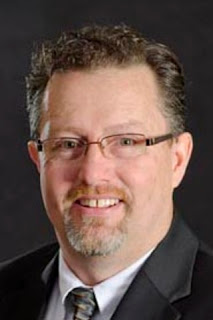 It was a couple of phone calls that changed everything.

In 2016, Chris Brewer took a phone call that offered him the chance to work on a project in St. Paul, Minnesota. Little did he know that by saying yes, he would start a journey that could take him all the way to the Super Bowl in Minneapolis in February 2018.

Brewer, who was working as a web and mobile app developer in Newport, was intrigued by his colleague's idea to focus on enhancing public safety with technology. Simply, the idea was this: Municipalities have video cameras, and businesses have security cameras, but they're not connected.

"Time is the biggest enemy to solving crimes," Brewer, a 48-year-old Fort Thomas resident, said. "If we could develop a system that would eliminate the need for police to go building-by-building to see their cameras, this would definitely help conserve time."

So they did, creating an app that essentially connected the cameras for the St. Paul-based company SecuroNet. That led to a relationship of sharing ideas, and two years later, they came up with another. "It was compelling," Brewer said. "If we could help enhance public safety, why wouldn't we want to do it?"

It led to Brewer being hired full time by SecuroNet, this time to work on a security system for the next Super Bowl, held in February in -- you guessed it -- Minneapolis.

Just before Christmas 2016, Brewer met with the Minnesta company for a brainstorming session. The idea: to develop an app where administrators have the ability to understand where police forces are, displayed in real time.


"With this app, officers in the field can stream live video in the field back to their central command," Brewer said.

He compared it to a much more useful body camera, because body cameras have little use until someone can bring them back to the office and download the footage.

Now, combining the real time app with the connected cameras, SecuroNet has presented the Minneapolis/St.Paul police forces with what they're calling the Virtual Safety Network. In 2017, the city officially purchased the network for its security of the Super Bowl.

"The challenge is how to marry new technology, existing public and private safety infrastructure, and different processes that exist across law enforcement agencies," SecuroNet President Dan Zell said. "SecuroNet, along with our technology, community and law enforcement partners, have worked together to develop a platform that does this efficiently and cost effectively. It’s very fulfilling to take part in working with law enforcement, communities and businesses to help make our world safer. Safer communities and neighborhoods lead to a better quality of life -- which of course everyone welcomes."

With 1,800 cameras registered to the SecuroNet network, officials across various municipalities can watch security coverage of a major event -- like a major championship athletic event.

"At any moment in time we can look at our map and see where all our assets are located," Brewer said. "Officials can redeploy forces where they're needed based on location."

In July, Twin Cities officials were able to conduct a trial run of the software when they hosted The X Games, ESPN's alternative sports Olympics. The area deployed about 120 officers, working different shifts over different departments, like SWAT, K-9, bicycle and undercover units.

During the trial run, while The X Games were going on, someone spotted a drone flying overhead. "Drones represent an enormous threat to public safety," Brewer says.

Police were able to look on their map, see where the drone was landing on a parking garage and access cameras there. And by tracking police movements live, they were able to send two cyclists into the area, where they watched live on their streaming video.

And they caught two kids operating the drone.

"It was so cool for me," Brewer says. "I knew it would all work. And I think (the police) knew it would work. But then we experienced it. Our platform has no jurisdictions. We can connect Minneapolis, St. Paul, Homeland Security, the FBI, etc."

And now, they're taking the show on the road, presenting to six other NFL towns, including three of the next Super Bowl sites.

"Our goal is to make SecuroNet’s tools valuable and affordable to any size city," Zell said. "And we look forward to contributing to the safety of major events like SuperBowl LII and X Games by partnering with the Minneapolis police department, federal agencies, the NFL and over 60 regional law enforcement agencies."

And while they know some citizens may fear the eyes of Big Brother looking down on them, Brewer agrees with the anti-surveilling sentiment -- and says not to worry.

"Your local police officer isn't Big Brother -- they're not surveilling you," he said. "I'm very attuned to the notion of more freedom and less interference. Here, these officers are using the video in the performance of their active duty, to help inform them all the way up the command structure in real time."

Brewer is now the director of product strategy and innovation for SecuroNet. And as a longtime Denver Broncos fan (he hails from Colorado), he loves being partnered with the NFL.

"It's really fulfilling," he said. "We're doing something that's helping people -- and it's fun."

Fort Thomas Matters is part of WCPO's, The Grid.
Mark Collier at 8:06 AM
Share