A Comprehensive List of Local Races for Campbell County 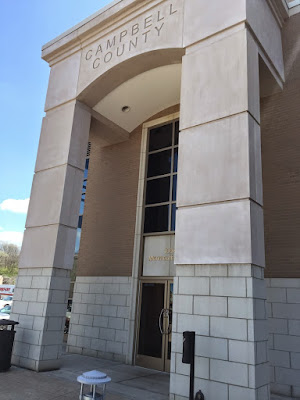 The filing deadline for Kentucky’s 2018 primary has come and gone. Here's a comprehensive list of what's happening in Campbell County.

Read more »
Posted by Mark Collier at 4:40 PM No comments: 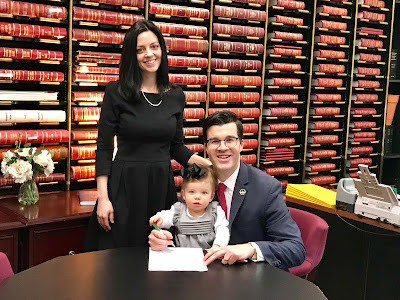 Senator Wil Schroder filed for reelection to the 24th District of the Kentucky State Senate representing Campbell, Pendleton, and Bracken Counties. Wil was first elected to this seat in 2014.

Schroder will face Rachel Roberts, a Democrat from Newport, in the general election in November. Roberts owns The Yoga Bar in Newport and Over-the-Rhine.

“It has been my absolute honor and privilege to serve the people of Campbell, Pendleton, and Bracken Counties as a State Senator. In the last four years we have passed pro-life legislation, worked to address the heroin epidemic by punishing traffickers and increasing treatment options for users, and set an economic corporate investment record of $9.2 billion dollars. While we have made great progress, there is still much work left to be done. I hope to continue to have the great honor of representing the people of the 24th District as we work to address serious issues impacting the Commonwealth.”

Further legislative accomplishments by Wil include sponsoring the ABLE Act, which allows families to save for disability-related expenses without fear of losing access to other assistance programs.  He also co-sponsored a performance-based funding bill that allows Northern Kentucky University to compete with other universities for the funds allocated to them.

Senator Schroder was recently named a Champion for Justice by the Kentucky Association of Sexual Assault Program.  This award recognized his sponsorship of SB 224, which allows victims of sexual assault more time to bring civil actions against their perpetrators.

Wil resides in Wilder and is a lifelong Northern Kentucky resident. He is the son of the late Justice Wil Schroder and Nancy Schroder, both victims of cancer. Wil is married to his high school sweetheart, Marci. The two are active members of the Next Chapter Church in Wilder where they served in various leadership capacities and where Wil often plays guitar in the worship band.  Wil and Marci are the proud parents of their daughter Grace who is nineteen months old. 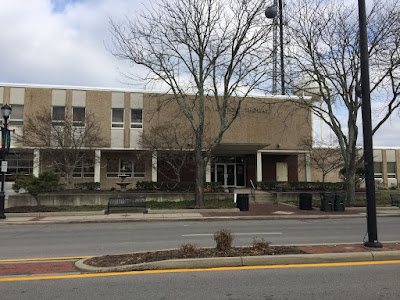 After much time and contemplation, I’ve decided to throw my hat in the ring for Fort Thomas City Council.

This city has been a passion of mine from the time I walked into Ruth Moyer Elementary School to today, where I make my livelihood by featuring the stories and people that make our city so wonderful on Fort Thomas Matters and in Fort Thomas Living.

I grew up here, I went to school here, and I work here now.

I want what's best for our community and schools and I’m going to work tirelessly to make sure Fort Thomas stays on top.

Through my time on the Board of the Fort Thomas Business Association and throughout the process of being involved with the Fort Thomas Community Plan, I’ve had the opportunity to sit on the same side of the table as the city and I’ve loved the collaboration. I’ve seen the passion and dedication of our residents and staff and I just couldn’t sit on the sideline anymore.

It’s time for me to serve our city in an official capacity.

I’ve been lucky enough to grow this business and to hire writers and in doing so, I’ve been able to remove myself from the day-to-day council coverage. Our beat writer goes to council, records what’s happening, writes about what has taken place and publishes it without any input from me. If council or staff has a correction, which they rarely do, we listen and move on that suggestion. That model has been in place for going on two years.

My promise is to continue to be fair and accurate. Our beat writers will have complete autonomy to write about council and the subsequent campaign leading up to the election. I pledge to my fellow candidates who are seeking office that they will receive the same opportunities that they otherwise would have on our platform. Simply, my goal is to continue the way in which you consume news on Fort Thomas Matters without interruption.

I have always sought more transparency from council and that will continue to be my promise to you. You deserve to know what’s happening and how your city is being run.

We are on the right track and I’m excited to get to work for you.

WATCH: 80s Party is This Weekend

Tickets are $25, which includes a drink ticket, food, free valet parking, auctions, 80s raffles and an optional open bar upgrade for $30 at the door. 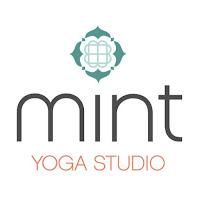 The Leftovers Band will be opening for headliner Q102's DJ Mark McFadden who will be spinning his original sets from The Conservatory, Waterfront and The Glass Menagerie. 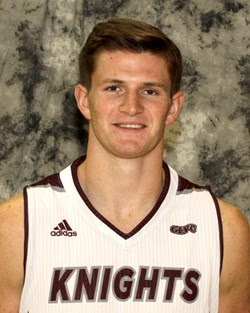 Ben Weyer, a sophomore at Bellarmine University and former Newport Central Catholic basketball standout from Fort Thomas got the assist of a lifetime from one of his teammates.

During a pre-game meal, Weyer began to choke when assistant coach Jake Thelen, an Edgewood native who went to Covington Catholic, used the Heimlich maneuver to save his life. 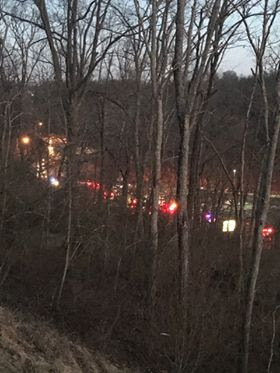 A crash between a motorcyclist and a car led to the closure of Alexandria Pike near DEP's on Friday around 6:00 p.m. as the sun was beginning to set.

According to police reports, the man riding the motorcycle was heading north on Alexandria Pike toward I-471, when the driver of a vehicle was turning left out of the entrance from DEPs, where they collided.

Emergency responders from multiple cities, including Southgate and Fort Thomas were on scene, as well as good samaritans who witnessed the crash.

A witness told Fort Thomas Matters that she saw the motorcycle go ten feet in the air after the collision and that she never saw him move from the roadway.

The man, in his seventies from Highland Heights, attends church in Fort Thomas. 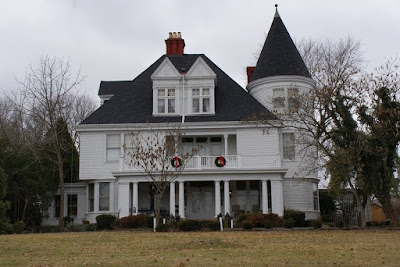 If you've ever driven by this home in Fort Thomas directly across the street from Tower Park, you have to have wondered what it looks like on the inside.

Built in the late 1800s, the home has five bedrooms and three and a half bathrooms.

According to the Campbell County Property Value Administrator, it was last sold in 1976 for $79,000. You have to wonder what this home will sell for in 42 years. 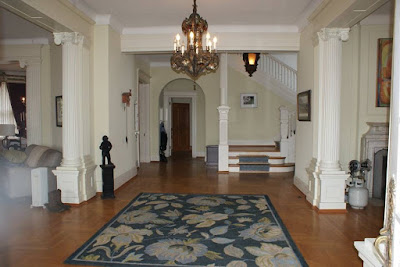