There’s music in the air at Fort Thomas Independent Schools this spring. Several students from elementary through high school have been honored for their hard work and musical talent by the Kentucky Music Educators Association (KMEA).

After extensive auditions and competition from other students across the state, Fort Thomas students have been selected to join KMEA’s all-state choirs, bands and orchestras. 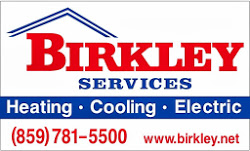 
Some of the students were honored at the April school board meeting. The first group were those selected for the KEMA Elementary School All-State Chorus. All three Fort Thomas elementary schools made the cut with students from Woodfill, Johnson and Moyer.

Music teacher Mary Scaggs explained the almost yearlong audition process: "It starts back in September. We rehearse with the students. We practice a specific audition protocol. And then we audition them right around Halloween, early November…In December they send us a repertoire, and we rehearse the actual music from January to February."

Out of about 700 students across Kentucky who audition, only the top 200 fifth and sixth graders are invited to join the choir, she said. This year the following elementary school students were selected: John Exterkamp, Haylee Hogie, Georgia Horton, Sylvie Martin, Evelyn Meyn and Eva Sarakatsannis.

"They actually have a live audition and they audition in voice parts, a quartet with a bass, tenor, alto and soprano. They have to hold their own voice part in the context of a group," he said.

Auditions include both prepared pieces and sight-reading. "Students complete a prepared song," he explained. "Ours was in German this year. Then they go to an individual sight-reading room where they are given a piece of music that they’ve never seen before…This year we were fortunate to have three high school students, all of whom are seniors."

"The great thing about the high school level is there are three choirs, a mixed choir, a men’s choir and a women’s choir. Lexus was part of the women’s choir, and Ella and Audrey were part of the mixed choir…Every year they have nationally recognized directors…It’s been an incredible experience and I’m fortunate to be able to teach these three really wonderful students who are among the best seniors in the state of Kentucky," Young said.

For the KMEA All-State Band, "like the choir, there is a two-round process," explained teacher Lori Duncan. She said thousands of students audition across the state so students first try out in a regional district. Judges then recommend students to continue on in the audition process.

In December, those selected to move ahead went to Elizabethtown, where there were more than 100 students trying out just for trumpet alone, said Duncan.

"These guys had to audition in two different rooms. In the first room they did a prepared piece and then the second room, blind by number, they perform scales and then a piece of music they’ve never seen before. They have so many minutes to look it over and play it through sight reading," she explained. 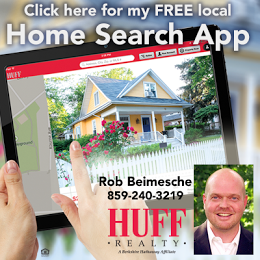 More than 1,000 students from across Kentucky auditioned to be selected for the KMEA All-State Orchestra or the Commonwealth String Orchestra. This year Highland High School sent one student to each of the two orchestras.

"Auditions are a little different from the band and the choir," explained teacher Kathy Anderson. "In September we receive the music. It’s orchestral music, Tchaikovsky, Shostakovich, some of the greatest works ever written. They are given excerpts and scales. These could be any scales, so we have lots of scales to practice. And then they prepare the music."

She explained that students must set an appointment for an audition at one of 10 sites in the state. There is a judge present, but their efforts are also recorded, and the tape is sent to a series of judges in Louisville and Lexington who make the final decisions.

Highlands High student Will Russell was selected to be one of only 12 cellists to join the All-State Orchestra and violinist Keely Reitman has been named assistant concert master of the Commonwealth String Orchestra.

Anderson said competition is keen and students are up against others who are attending special music academies. Only a few years ago, when Fort Thomas first made the cut for KMEA orchestras, she said people asked "Highlands, what’s that?" Yet, since that time that question has been put to rest.

"I’m really proud of these guys," she said. "They have done really well, and they’re only sophomores so we have more things to do, expect more things to come."

Middle School Teacher of the Year

Kathy Anderson also was named 2018 Middle School Teacher of the Year by the KMEA. She was nominated by a cello professor from Northern Kentucky University and said she was very grateful to her colleagues who wrote letters of recommendation.

She said part of the process involved providing written material about her teaching philosophy and teaching process.

"To be honest with you, it was a lot of work writing all these things, but I thought, it’s $500 and I really need to buy some new bass bows. So, this was for the new bass bows!...I went to the conference and met other teachers who were honored, and they were so very deserving. I was humbled to be a part of it."


A thank you to teachers


School Board Member Karen Allen said, "I’ve heard the passion in each one of the teachers who spoke tonight. I know they work with the students outside of eight to three, and I know these families are very appreciative of this, so thank you to the teachers as well."

Chair Jeff Beach echoed Allen’s comments, "We were able to recognize a lot of students tonight, and as Karen was saying earlier, behind all these students are some awesome teachers."