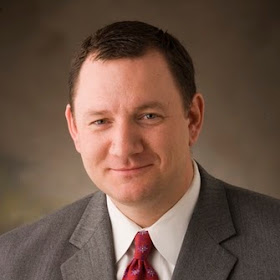 In the race for Commonwealth's Attorney for Boone & Gallatin Counties, the incumbent, Linda Tally Smith’s, recent mailer titled “Myths vs. Facts” caught my attention. While she claims to be the only candidate with felony prosecution experience, she is also the only candidate who has lost the public trust to prosecute such cases. So, indeed, let us review the facts.

When my family moved to the area a decade ago, we chose Northern Kentucky because the community embraced values—which include morality and integrity—that were similar to our own. A leading indicator of a community’s values is how those values are portrayed by its elected officials. I have found that Northern Kentucky consistently elects upstanding people reflective of a values-based community.

Sadly, Ms. Tally Smith is the exception to the high standards imposed by the citizens of this community. The Office of Commonwealth’s attorney makes daily decisions that impact our citizens. The voters cannot reward her ethical failures with the continued trust and authority which accompanies this important office. Though she tries to parse the violations as being of "personal" nature and having no impact "professionally," people of character know that there is no separation of the two when it comes to matters of integrity and values. You simply cannot cheat, conceal, and excuse away your "personal" integrity and maintain it "professionally". We live in a world where forgiveness is a virtue, and if we didn't forgive each other's discretions, as a rule, our existence would be miserable. We should forgive Ms. Tally Smith, but we are not obligated to re-elect her.

In a recent television interview, Ms. Tally Smith described a time when the detective with whom she had carried on an extra-marital affair would not return her calls relating to an ongoing investigation. Let that sink in for a moment; the lead detective refused to return the chief prosecutor’s phone calls. This alone reveals how her "personal" ethics failure impacted her "professionally." It cannot be overlooked in a society that values law and order.

Inconceivably, in the same case the lead detective refused to return Ms. Tally Smith's calls, the conviction was vacated due to Ms. Tally Smith withholding evidence. Ms. Tally Smith repeatedly claims that she did not intentionally withhold evidence, but her character and integrity have been compromised to the point where her explanation rings hollow for many. The victim in this case, Michelle Mockbee, was killed in a vicious bludgeoning, and now her family has to relive the nightmare of a trial and the emotional retelling of their unimaginable loss.

We owe it to both the victims and accused to elect only those of the highest character for the position of Commonwealth’s attorney. We must seek candidates who value integrity in their personal and professional lives so that they have the public's trust when it is time to seek justice and punish the convicted. It is a failure by us, as citizens, to continue to give Ms. Tally Smith this level of trust, knowing what we now know. We owe it to Michelle Mockbee's family; we owe it to those accused of crimes, we owe it to our children. What message do we send them if we embrace Ms. Tally Smith's concept that personal and professional can be compartmentalized when it comes to integrity and honesty?


Eighteen years is enough time in office for anyone, but if we choose to keep someone longer, it should only be if their record and character is impeccable. Over a decade ago, the citizens of Hamilton County forced the resignation of then prosecutor Mike Allen for his affair. More recently, the citizens of Nashville forced the resignation of their mayor for her affair. What makes Ms. Tally Smith and the citizens of Boone & Gallatin counties any different? Indeed, Ms. Tally Smith cannot meet even the most basic standards we expect of public servants, especially when lives hang in the balance. Our duty is to forgive those who have failed; it is not to elect them to positions of trust.

Aaron Bludworth is the CEO of a Cincinnati-based company and a resident of Union, KY.