Some call it the "love child of racquetball and tennis." Others compare it to ping pong and badminton. No matter how you describe it, pickleball is sweeping the nation. According to the Sports & Fitness Industry Association’s (SFIA) 2016 Participant Report, pickleball is one of the country’s fastest growing sports with 2.5 million players in the U.S.

What is pickleball? According to the USA Pickleball Association, it’s a "paddle sport created for all ages and skill levels. The rules are simple, and the game is easy for beginners to learn, but can develop into a quick, fast-paced, competitive game for experienced players."

The game can be played indoors or out, in doubles or singles. The only equipment is a special paddle and lightweight balls that resemble whiffle balls. 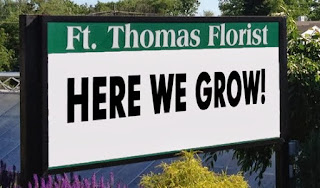 Resident Barry Andersen wants to bring the sport to Fort Thomas. He addressed city council at its May meeting and said a temporary conversion of one or two of the city’s tennis courts could allow the city to check it out for themselves.

"If it does what I think it will do, pickleball will draw people to the courts in Fort Thomas that are not now used a lot," he said. He’s been doing research, taking note of how much the tennis courts in the city are being utilized. On one Friday morning, for example, he said the tennis courts remained empty while the nearest pickleball courts, in Newtown, Ohio, were busy with a dozen people or more.

Tennis courts can be converted easily for pickleball, and there are options that would allow the city to try out the idea on a temporary basis, he said.

Pickleball is played on a badminton-sized court with the same net used in tennis. The net is two inches closer to the ground (34 inches versus 36 in tennis). Existing nets can be lowered using the center strap and adding straps on each end. The only other alteration needed would be to paint or tape pickleball lines on the court, Andersen explained.


Andersen provided packets of information that outline how conversion could be done and resources for pickleball already in place in the area. He asked city officials what issues might be standing in the way of a trial run.

City Administrator Ron Dill said the city tennis courts have been used by the high school but the city has been entertaining the idea of convertible courts.

"The schools do use all of the courts [during tournaments], however, we’ve had recent requests for pickleball," he said. "We actually have been looking at refurbishing our tennis courts, and we are looking into the cost of converting two lower courts to pickleball and tennis."

The next steps will be to move forward with the idea of a convertible temporary set up for pickleball and see how that works. To see what the sport is all about, check out the outside courts at Clear Creek Park in Newtown, Ohio, near Anderson or the indoor courts at Town and Country in Wilder.