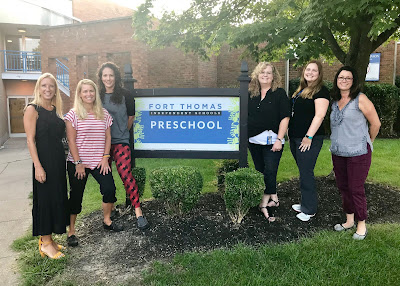 Nearly 3,200 students went back to school after their summer break earlier this month to Fort Thomas Independent Schools and their teachers had been preparing for weeks to ensure they could hit the ground running.

First-day pictures flooded newsfeeds and school supplies sections were picked bare, but for Fort Thomas Independent School’s preschool program, they were preparing for the district’s “second” first-day of school.

Last year, Johnson Elementary's Preschool program was awarded a 5-star rating by the Cabinet for Health and Family Services, Department for Community Based Services, Division of Child Care and the Kentucky Department of Education.

“We strive for excellence in all of our programs, including preschool,” said Lisa Duckworth, Fort Thomas Independent School Board member.  “Our preschool program establishes the foundation of our students with a learning environment that focuses on curiosity and collaborative play.” 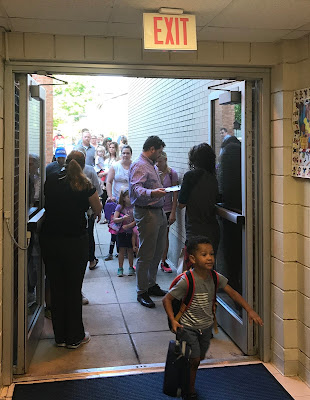 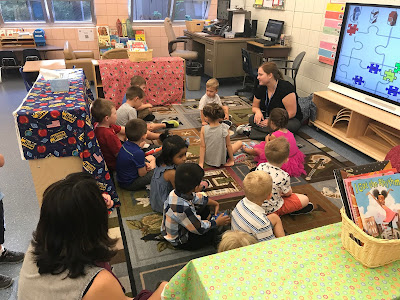 Sommer Rosa, Director of Special Education for Fort Thomas Independent Schools, agreed. "I love watching the students run with excitement to their classrooms and greet the new friends they will make. Their eyes are filled with wonder and delight as I reflect on all the possibilities that await them beyond those classroom doors.”

“The first day of school brings laughter, smiles, and hugs and I’m blessed at Johnson because we get two of those,” she said. “The kids are ready to be here and excited to see their old teachers, meet their new ones, and see old friends.”

Bill Bradford, Assistant Superintendent of Teaching and Learning said that the first day of school has a special feel to it.

“In Fort Thomas, we are fortunate enough to have two of those," he said.

“Welcoming the students and staff back from their respective summer breaks and engaging with them while there is a sense of excitement - and a 'buzz' - in the air is fun.  It's fun to see all the smiles, talk with students about their anticipation of the year ahead, and see the school come alive again with positive energy and activity."

Johnson Preschool Teacher, Elizabeth Alter, said welcoming new families is always a treasured part of the first day of school. “We are blessed to be trusted by all our families with one of their most precious gifts,” she said. “Each child and family teach me something new each year!  I love learning and growing with our families and students daily."

Read more »
Posted by Mark Collier at 3:40 PM No comments:

SUV Crashes Through Window at Thornton's in Wilder 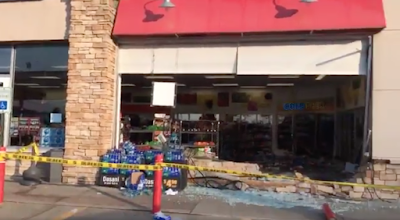 An SUV plowed through a Wilder gas station, injuring two men inside.

The Thornton's, located at 1005 Town Drive, is near the Great Escape Cinema off of Route 9.

Police say the accelerator got stuck on the driver's Toyota Highlander at about 7:35 a.m. The SUV went through the front of the store on Town Drive all the way back to the beer cooler.

According to police the driver was a woman in her 50’s. 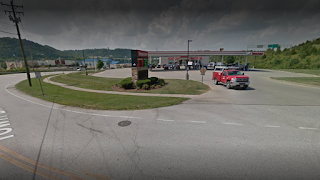 Two men were stocking the beer cooler at the time. One was taken to UC Medical Center but he is expected to survive. The other man was taken to the hospital with some lacerations.

The driver is expected to be okay. She will not be cited.

Read more »
Posted by Mark Collier at 9:54 AM No comments:

Banners to Honor Veterans to Be Placed Throughout City

Honor a local veteran through a special city program that will display veteran’s names and images on banners throughout the city.

The banners will be displayed on light posts on Veterans Day 2018 (November 11) and from January through November of 2019. After display, they will be returned to the sponsoring families.

Banners will include name, branch of service, rank and a photo of the veteran. Cost to sponsor a banner is $200. The deadline for submission is September 15.

RELATED: First Charters of Freedom Monument in Kentucky to Debut in Fort Thomas During Sesquicentennial