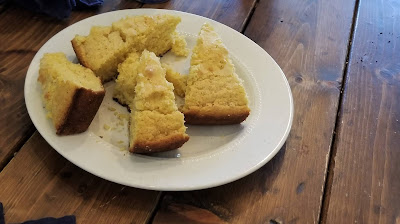 I was a swimmer for many, many moons. I swam in high school; Nancy Barre was my coach. There are quite a few kids from those swimming days that I still count as friends and see often, sometimes because our kids are swimming together.
Swimmers are mighty weird folk. I got a theory about that. Swim practice consists of thousands of meters or yards plowing along with your head under water.
Nobody to talk to. No coach yelling at you. No friends to chat with. No music. No planes flying overhead or the echo of balls bouncing off walls.
Just the company of your own chlorine-soaked mind.
That’ll do something to you that can’t be undone.
Yep, swimmers are some weird people.
For that high school team, we had to travel every so often and stay in hotels. The state swim meet was, of course, the big one.
Can you think of a better set-up? A couple dozen teenagers with a few chaperones spending a couple nights in a hotel? We were angels. We were quiet, went to bed early, refrained from snacking, walked calmly and respectfully through the hallways.
You totally believe that, right?
Ok, maybe it was a little different. Who needs sleep when you’re young? Athletic teenage metabolisms demanded copious late-night noshing. Not only was there running, we would let strangers know they had “dropped their bounce” (I really don’t know). And the boys got shaved.
Yes. They were shaved. They didn’t shave. They got shaved; legs, arms, chests, but oddly none ever had bare armpits. I told you, ideal teenage situation.
To my knowledge there was nothing R-rated that happened with all of the sheep shearing. However, I pity the housekeeping service that had to deal with those bathrooms.
They tended to look like the scene of a yeti explosion. And I don’t mean a cooler.
We often ate at Cracker Barrel on these trips. Always conveniently located near hotels and highway exits, it was an easy choice that everyone could, at least, kind of agree on.
I am totally over Cracker Barrel.
On the first road trip I took with my husband, I made him promise that we would never, ever, ever eat at a Cracker Barrell. It gives me the willies to think about eating there. I don’t really remember much about the food in general, not that it was terrible or wonderful. Meh. It is all the kind of stuff I love, I should like the joint. But I don’t, and I know why.
It’s the cornbread. It’s just awful.
There are some people in this world who don’t like cornbread. I don’t understand this, how do you not like cornbread?
I have a theory about this. I got a lot of theories.
I theorize that those people haven’t had good cornbread. It is, unfortunately, not difficult to find crummy, dry, bland cornbread.
I don’t care if it is shaped like an ear of corn. It sucks.
Don’t I remember a Loony Tunes with Huckleberry Hound turning into a pile of dust after eating some dry cornbread. If there wasn’t, there should have been. There was a Loony Tunes for every situation.
That’s it.
You know what else is shaped like an ear of corn? An ear of corn, let’s just stick with what nature gave us for that shape.
Don’t get me wrong. I love me some cornbread, and that is just why bad cornbread ticks me off. Spicy, sweet, sweet and spicy. For breakfast, lunch, or dinner. With preserves, salsa, or butter. With my Mama’s beef stew, mmmmmmmmm. That’s my favorite.
Let’s just get agree that those who don’t like cornbread are wrong and move past this little phase.
Here is the recipe that is my latest go-to for cornbread. It is sweet and oh so, dare I say it, MOIST. It is almost like cake, hence the title of this little ditty. It’s probably not the best, who am I to judge, much less anyone else really. I mean have you tasted all the cornbread recipes out there? It’s not the easiest, but good things are seldom the easiest. It is excellent, though, and simple enough.
Sweet Corn Bread
Ingredients

Notes on this recipe:
·     Bacon grease can be substituted for the half stick of butter in the skillet. Ok, yeah, you can bake in a well-greased 13X9 inch dish if you really want, but the other way is more fun.
·     You can probably skip separating the eggs and whipping the egg whites. But that’s a lot of fun too. It is amazing how big egg whites get. It takes a few minutes, just keep going, they will get to stiff peaks. Use the egg whites right away, don’t let them sit or they will liquify. To fold: run your utensil (a rubber spatula works best, but a spoon will do) along the bowl under the ingredients, ring it up and flop it over gently. You want to keep air bubbles here, stirring will break them down.
·     Sprinkle the top with 2 tablespoons of sugar if that suits your fancy.
·     If you are not of the mind to scratch make your cornbread, I think a box of Jiffy mix does alright, but doctor it up.
·     To doctor up this recipe, Jiffy, or any other just use your imagination and your nose. If it smells good together it will likely taste good together. Some ideas: creamed corn, fresh or frozen corn kernels, sour cream, cheese (cheddar, cream, pepperjack, goat, smoked gouda, bleu, cottage, parmesan would all be tasty), brown sugar, maple or pancake syrup, jalapeños or green chilis, or any combination thereof.
·     You can also go crazy with seasonings and spices. Colonel De has the best chili powder I have ever tasted and is fabulous blended in and/or sprinkled on top.

·     Thin out the recipe, or any recipe, with some milk and cook them pancake style. Voila! Johnny cakes or Hoe cakes. Sooooo good with syrup or cherry preserves or even molasses.