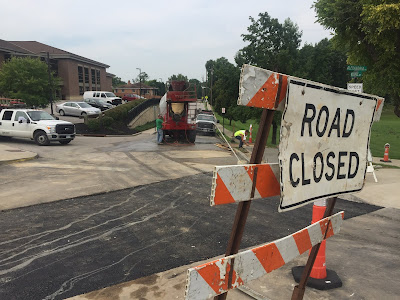 Construction and repair season is in full swing in Fort Thomas. Signs are up on Woodfill Avenue, but they should be down before school starts August 15, according to City Administrator Ron Dill.

He said sewer pipe repair work is being done by the Sewer District, SD1.