For the first time in three years, the classic Northern Kentucky football rivalry heats up for a Class 5A, Region 3 championship.

The Highlands Bluebirds (10-2) venture to Park Hills attempting to dethrone the defending Class 5A champion Covington Catholic Colonels (12-0) on Friday at 7 p.m. CovCath own's the state's longest winning streak at 27 in a row and has won three straight in the series.

Highlands is also trying to do something it has not done since 1992. That's beat CovCath in the playoffs after losing to the Colonels during the regular season. CovCath held off Highlands, 21-14 in Fort Thomas on Oct. 12.

"That's the key when you get to this time of year and in sports when you get into the tournament and the playoffs. You have to play poised," said Brian Weinrich, Highlands Head Coach. "You have to play with emotion, but you can't be emotional and any emotion has to be focused on doing your job. It's not about hooting and hollering. You don't get any pre-game points for that. It's all about when the ball is snapped at 7 p.m., every guy has to execute. You do that by being focused and you do that by having the emotion of the moment and not by getting caught up in it."

Highlands has ridden a strong 3-5 defense all season and hopes for another strong performance Friday. The Bluebirds have allowed 1,711 yards rushing and 1,072 passing for averages of just under 143 yards rushing and just more than 89 passing. Weinrich said teams will not trick each other at this time of the year.

A defensive touchdown saved the season for the Bluebirds in the 14-10 win at Anderson County last week. Senior defensive lineman Ben Sisson picked up a fumble and returned it 47 yards for a touchdown late in the third quarter. Sisson leads the Bluebirds with four fumble recoveries this year.

The Bluebirds also have 17 sacks on the season. Starkey leads the way with four with Hagedorn and junior defensive lineman Zach Lewin recording three each.

Highlands will face a CovCath Spread offense that has rushed for 2,494 yards and passed for 2,362 for averages of just less than 208 rushing and 197 passing per game. Senior running back Casey McGinness leads the way with 1,774 yards rushing on 196 carries and 29 touchdowns for an average of just more than nine yards per carry. McGinness rushed for 203 yards on 28 attempts and two touchdowns averaging a little more than seven yards per carry.

"It's pretty important. We need everyone flying to the ball," Schwalbach said. "It takes everyone to stop (McGinness). He's pretty shifty behind his blockers. We just have to get there faster than they can."

CovCath sophomore quarterback Caleb Jacob completed just 4-of-10 passes for 45 yards against Highlands in the pouring rain. But on the season, Jacob has completed 118-of-175 passes for 2,306 yards, 23 touchdowns and just five interceptions. Junior tight end Michael Mayer leads CovCath with 34 receptions for 765 yards and 10 touchdowns and senior Jack Coldiron has 22 receptions for 550 yards and six scores.

"He's done a great job all year. I've been impressed with him since day one," Weinrich said of Jacob. "They've done a good job of putting him in position to complete passes. I feel they've changed some things from last year to help him. He's responded well the last couple weeks in playoff games."

While the Highlands defense has been consistent, it was a different story for the Highlands Spread offense in the second round of the playoffs. The Bluebirds scored on their first possession of the game at Anderson County on a grass field, but could not finish drives after that.

Highlands has rushed for 1,810 yards and passed for 2,097 for averages of just under 151 rushing and 175 passing per game. Much like the win over Boone County to end the season and the first half of the playoff win over Madison Southern, if the Highlands offense had its best game of the season, Offensive Coordinator Zach Deaton said, "It would look like an offense that picks up first downs, sustain drives, changes field position and gets points up on the board."

The Highlands passing game has seen signs of brilliance in the last couple weeks. Senior quarterback Grady Cramer has completed 161-of-277 passes for 1,989 yards, 21 touchdowns and 10 interceptions.

"We're working on trying to get everything down," Roberts said. "Running routes correctly has been an issue for us all season so constantly repping passing concepts is what we will be doing all week."

The key for Highlands is limiting turnovers. The Bluebirds had three against Anderson County after recording none against Madison Southern. 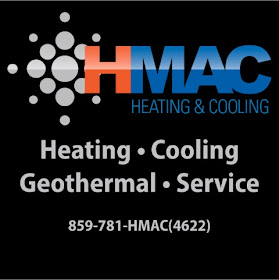 "When turnovers come in different forms, it can be more than one person involved with that turnover. In the case of a guy fumbling the ball, yes, maybe he should have held onto it tighter," Deaton said.

The Highlands special teams play has been big this year and could be a factor again Friday. Junior Brycen Huddleston has returned three kickoffs and a punt back for a touchdown this year.