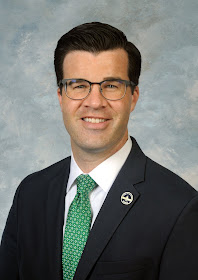 Today, former prosecutor and current Kentucky State Senator Wil Schroder (R- Campbell) filed to run for Attorney General. Wil was accompanied by his wife and two children, according to a release.

“It is crucial that Kentucky’s next Attorney General has prosecutorial experience,” said Schroder. “There is too much at stake, and on-the-job training won’t be enough. As Senator Westerfield has decided not to run for this position, I am the only candidate with a combination of prosecutorial experience and a proven conservative record.”

Today, fellow State Senator, Whitney Westerfield withdrew his name for consideration for Attorney General. Sitting Attorney General, Andy Beshear, has filed to run for Governor of the Commonwealth. Former Speaker of the House and Attorney General Greg Stumbo has announced that he intends to file for the position, but has not yet officially done so as of this morning. Republican Daniel Cameron has also filed for the seat.

Westerfield said,"I have been overwhelmed by the support I received during this campaign. But this decision will hopefully give another qualified candidate the opportunity to run their campaign as it should be run. It's important for me to be realistic about any campaign I undertake. That need is heightened in a statewide race which requires a network of dedicated volunteers working across the entire state."

Cameron, an attorney from Hardin County and former University of Louisville football played,  has worked for Senator Mitch McConnell.

Schroder was first elected to the Kentucky Senate in November 2014 and represents Kentuckians in Campbell, Pendleton, and Bracken counties. He most recently won election in November.

Schroder will not have to relinquish his position as State Senator while he campaigns for the statewide Constritutional Attorney General role. The filing deadline for this year's election is January 29 at 4:00 p.m.

Prior to his time in the state Senate, Schroder served as a felony prosecutor in the Campbell County Commonwealth’s Attorney’s office. In that role, he represented the Commonwealth of Kentucky and the people of Campbell County in hundreds of felony cases and worked closely with law enforcement and crime victims.


When not serving his constituents in Frankfort, Schroder practices law with the Finance Department at Dinsmore & Shohl.  In that role, he works with cities and counties to help save taxpayer dollars.  Schroder earned a B.A. from the University of Kentucky and received his law degree from NKU Salmon P. Chase College of Law. 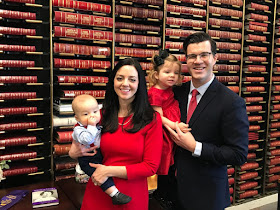 Wil resides in Campbell County and is a lifelong Kentucky resident. He is the son of the late Kentucky Supreme Court Justice Wil Schroder and Nancy Schroder, both victims of cancer. Schroder is married to his high school sweetheart, Marci. The two are members of the Next Chapter Church in Wilder where they served in various leadership capacities. Wil and Marci are the proud parents of two children, Grace and Trey, who serve as constant reminders of what is at stake for Kentucky’s future.