Want to be informed about May's Primary Election? Here's your chance 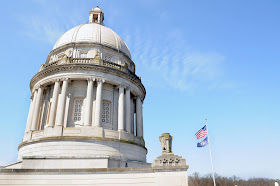 Democrat and Republican candidates seeking election this year in the statewide races will be in northern Kentucky Tuesday and Wednesday.

Gubernatorial candidate Adam Edelen is expected to attend along with representatives from his opponents' campaigns, Andy Beshear and Rocky Adkins.

Down ballot confirmed candidates who'll be in attendance include:


On Wednesday, March 27, from 6 to 8 p.m. at the Southgate Community Center (301 W. Walnut St., Southgate), Republican statewide candidates will visit to mix and mingle with voters.

The program is hosted by Northern Kentucky Young Republicans and Campbell County Republicans.

Many of the statewide incumbent elected officials will not be in attendance. That includes Governor Matt Bevin, Commissioner of Agriculture Ryan Quarles, State Treasurer Allison Ball and Auditor of Public Accounts Mike Harmon.

Other candidates who will be in attendance include:

There will be 39 candidates vying for votes in seven statewide offices starting with the May primary on May 21.

The general election will be November 5.

Only three candidates will face no opposition in the May primary. That list includes Harmon and Ball, both incumbent Republicans. In the race for attorney general, Stumbo, a Democrat, will not face a primary. Also the former Speaker of the House, Stumbo is looking to get back to Frankfort after losing his seat in 2016.

In northern Kentucky, State Senator Wil Schroder (R-Wilder) filed to run for that same Attorney General race. Schroder, who just completed a successful reelection campaign in November, will not have to relinquish his position as Senator while he campaigns.