Rick Greiwe of Greiwe Development has withdrawn his request for a height variance for his proposed development project on Highland and North Fort Thomas avenues in the Central Business District (CBD).

He had been on the agenda to discuss his request with the city’s Board of Adjustments but has now been removed from that agenda. This does not mean the developer will not request a variance later, but for now he has withdrawn his application. 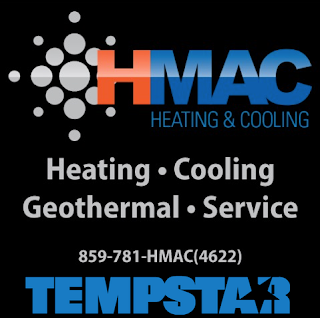 The Fort Thomas Planning Commission held a public hearing on the development last Wednesday that drew about 180 local residents concerned about the project. After more than three hours of discussion, the commissioners decided to hold a second hearing to fully explore the topic before calling a vote. The new public hearing is scheduled for 7 p.m. on May 15.


Zoning requirements restrict building heights in the CBD to 50 feet, and the project was designed to be 53.5 feet. The next step for the developer was to request a variance from the Board of Adjustments. In anticipation of a decision at the first public hearing, the developer made the application for variance and also requested review with the Design Review Board.

After a second hearing was added, he decided to withdraw his height variance request and may be reexamining aspects of his proposal in light of the public input. He is still on the agenda for the April 25 Design Review Board meeting, which is 6:00 p.m. at the city building.

The Planning Commission must approve the project before it can move forward. If the project meets all the criteria set forth in the zoning codes, it could then move forward to next steps in the process which include the Board of Adjustments (if needed) and the Design Review Board.

Height was not the only point where the design did not fully meet all zoning standards. Zoning Administrator Kevin Barbian outlined other areas in his report to the Planning Commission that included loading docks, parking requirements and other issues.

Next steps in the process


The role of the Design Review Board is to review facade improvements and sign applications within the city’s Central Business District and the Midway District. It is a seven-member board whose current members are Lori Wendling, Chris Manning, Barry Petracco, Pat Hagerty, Barb Thomas, Mark Thurnauer and Jeff Sackenheim.

The next Design Review Board meeting is set for Thursday, April 25, at 6 p.m. in the Fort Thomas city building.

The Board of Adjustment ensures building projects meet criteria and reviews requests for variances when needed. The board has seven members: James Beineke, Tom Fernandez, Carol Dixon, Steve Dauer, Carla Austin, Steve Kowolonek and Susan Wingard. The CBD has been removed from the board’s agenda for its April 23 meeting.

The Planning Commission reviews development proposals for the city and ensures projects meet zoning guidelines and requirements. The vision of the Fort Thomas Community Plan also informs commission decisions, which has been interpreted by both opponents of the project and the developer for reasons why this project does or does not fit within the scope of the plan.

May 15 is the date of the next meeting of the Planning Commission, and it will include a second public hearing on the CBD project starting at 7p.m.