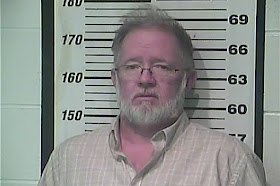 Continuing a series of final orders, former Governor Matt Bevin has commuted the sentence and granted a full pardon to a man convicted of two felony counts of trafficking a controlled substance in Campbell County court in June of 2017.

John "JR" Roth was indicted in August of 2016 for possessing morphine and oxycodone with the intent to sell. He was sentenced later that year.

After a two-day trial in front of former Judge Fred Stine and prosecuted by Commonwealth's Attorney, Kyle Burns, the jury returned two guilty verdicts that would carry up to 15 years in the state penitentiary. The first count, trafficking of morphine over ten dosage units, accounted for 10 years of the sentence, while the count of trafficking of oxycodone carried five years.

Roth is well-known in Campbell County political circles. He had been vocal about government over-spending and was one of the plaintiffs in the 2012 lawsuit that sought to repeal the property tax that funds libraries in Campbell County.

Bevin has issued dozens of pardons as his final acts as governor. It's an act that the commonwealth's public advocate said is an important part of the criminal justice system.

In the pardon, dated December 6, Bevin stated that Roth "made a foolish decision a few years ago and broke the law. The punishment does not appear to fit the crime when all the facts are considered and for this reason, I am commuting Mr. Roth's sentence to time served and issuing him a full and unconditional pardon."

That year, he told Fort Thomas Matters he believed he was being "railroaded," with regard to that charge of animal cruelty. He appealed to the Kentucky Supreme Court and was eventually acquitted of that charge.

"The court is letting everyone else bond out and I’m going to jail because I’ve been a fly in the local government ointment in Campbell County. I’ve held the library and fiscal court to proper tax rates and the effect of that is somewhere around 50 million that I have saved the residents of Campbell County in taxes," he said.

"They want to make an example out of me."

All filings related to the governor's final acts will be posted to the Secretary of State website.
Mark Collier at 6:25 PM
Share