The February 6 meeting of the Alexandria City Council was one of discussion and consideration. Council heard first readings of a series of municipal orders, ordinances and resolutions covering franchise fees, weed and grass height, and changes to permitted uses in some city zones.

Consideration of the ordinances moved to a discussion of a recommendation from the Planning and Zoning Commission to approve a proposal for a mixed-use development along U.S. 27. As in the public hearing, traffic was the main concern. No decision was made, and Mayor Andy Schabell noted that discussion will be ongoing through the next council meeting. 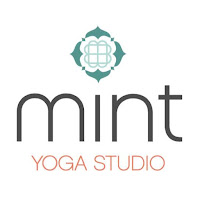 First readings on a broad range of topics

Parts of the city get electricity from Owen Electric and were not included in the order, but Duke covers the entire city for natural gas, he noted.

Some cities use fees for franchises as a source of income, he explained. The fees are usually passed onto customers through rate increases and could be seen as another tax, but it is usually not high and a common practice to provide a funding resource to cities.

Schabell said it has not been the practice of Alexandria, but he might have the Finance Committee look into how much revenue it might generate and whether it would be worth exploring further.

"At this point I would not say I'm for or against it, but we should do our due diligence on it and wait on that research by the Finance Committee," he said.

Council also heard a first reading of a 2020-04, a "codification" ordinance, which accepts the publication of code of ordinance changes over the year. Duncan explained this is the common practice of having American Legal Publishing gather ordinance changes as well as state statutory law changes into one document.

Ordinance 2020-05, recommended by the Planning and Zoning Commission, includes two text amendments for Alexandria zoning codes. One amends a section of the zoning code to make having grass and weeds taller than eight inches a violation. Another amendment removes car wash businesses as permitted uses in the HC (Highway Commercial) and Neighborhood Shopping Center (NSC).

The car wash amendment sparked concern by some city council members. The original language includes a provision for current car washes in the zone to remain permitted so that they would be able to expand their businesses in the future.

Members said they did not want a large car wash operation to grow into nearby properties and suggested limiting expansion of the existing businesses to the current property only. It was decided to amend the proposal to read "only on current lot or parcel."


The mayor reported to council on the last Planning and Zoning Commission meeting, which included a presentation by Kendall Property Group. The commission recommended a change of zoning from R-RE (Residential Real Estate and Agriculture) to a designation of Planned Unit Development or PUD for the property in question to clear the way for development.

JR Kendall presented his company’s plan to turn 69 acres along U.S. 27 into three commercial properties and a luxury apartment complex with up to 366 units divided into buildings of 11 and 18 units each. The apartments would include high-end amenities such as a swimming pool, club room, exercise facility and dog park, and would range from one- to three-bedrooms from $900 to $1,500 per month.

Language inserted into the PUD would limit uses for two of the commercial properties to small retail and office space. The final commercial property is retained by the original seller and is intended to be a sit-down restaurant.

The biggest concern from the public was traffic safety. The state of Kentucky will not put a stop light in at the proposed development entrance unless a new traffic study done after completion warrants it. Neighbors and residents expressed concern that traffic would be slow and dangerous, and there was no guarantee the state would decide to add the traffic light at a later date.


Resident Aaron Linkugel, who lives at 100 Enzweiler near the proposed development, brought his concerns about the traffic issue to the council meeting. Schabell agreed with Linkugel that traffic was already a problem in the area, a point expressed by many at the Planning and Zoning meeting. He noted the state is not proactive and will wait until another traffic study and possibly until there are more problems.

The state did require the developer to put in a turn lane near at Kerry Chevrolet to connect the road down to AA. The developer is also required to include a deceleration turn lane on 27 for traffic heading southbound. These measures will help, said the mayor, but it is unclear if they are enough.

Council member Sue Neltner questioned the positioning of the proposed entrance to the apartment development, asking if it could be moved further up, across from Enzweiler Road.

The mayor noted that discussion will continue on the siting of the entrance, traffic and other concerns. The particulars of the building project were well-received by many of those present at the planning meeting and by the council members. Schabell praised the developer for a thorough and well-developed presentation.

"I have a good feeling toward the potential owners, they’ve done their homework and have done other successful apartment complexes," added Council Member Robert Simon, who also attended the planning meeting.

Council will consider a first reading of the proposal at their next meeting February 20, and, if it moves ahead, officials will hear a second reading and vote in March.

Urging TANK to keep a stop at Village Green

Council passed a resolution in support of keeping the Transit Authority of Northern Kentucky (TANK) bus route at the Village Green Shopping Center. A letter including the resolution will be sent to TANK officials, said Schabell. This is one of several actions taken by city officials and residents since early January when a proposal from TANK indicated removing the only bus stops in the city, a park and ride at 9000 Alexandria Pike and at the Village Green Shopping Center.

"I’ve attended three meetings with Andrew Aiello, the general manager of TANK. He was at the Fiscal Court meeting I attended, and he came here and every one of our staff members attended. He presented at the mayor’s meeting in Newport last week...I’ve voiced my opposition three times at three public meetings. I’ve sent him an email voicing my opposition. We’re sending him a resolution voicing our opposition. I sent emails to Joe Fischer, Wil Schroeder, all three county commissioners and Steve Pendery asking them to support it."

Duncan, who also serves as counsel for TANK, assured the mayor that his voice and that of Alexandria residents is being heard, but sending the resolution is a good idea to keep attention on the city’s concerns.

The mayor noted that while studies did show the park and ride has about 30 rides per month, the stop at Village Green supports about 3,000 rides per month. "I don’t think you can turn that away," he said. "I’m pursuing this as best as I can because I believe in it."

He also thanked City Clerk Jan Johannemann for her research and support in putting together the resolution for TANK. The resolution passed unanimously.

The fire calls do not represent that many fires, he noted. Most of those listed as fire calls were actually also EMS-related calls, he explained. In fact, 92 percent of runs are EMS-related.

Council member Susan Vanlandingham, chair of the Safety Committee, said she’d receive complaints about sidewalk issues along U.S. 27. She walked the section of the street in question and noted there is no discernible curb between the highway and the sidewalks at several key sections of the road including the middle school. She said this turns out to be the case throughout the county, but she will contact state officials about her concerns for Alexandria, especially near the school.

Council member Neltner reported on progress with the city’s upcoming craft show. She said all spots are filled for vendor booths for the popular Alexandria Spring Craft Show, which will held March 14 at the Community Center, 8236 West Main Street, from 9 a.m. to 2 p.m.