About 35 Cold Spring residents attended a special February 10 city council meeting to hear a plan for a proposed civic recreation/community center and new police station. Architects Emma Adkisson and Dan Mayzum of PCA Architecture presented a rough proposal based on initial input gathered from a community survey and discussions with city officials and residents.

The architects said they wanted to learn more from the people present about what they’d like to see in the civic center. They shared results of an online survey that had been available to residents on the city’s website but said more had filled out the survey in the past week since they developed their initial ideas for the site. 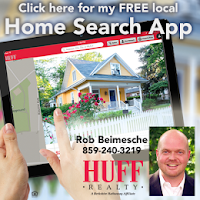 The plan for the evening was to gather input and incorporate that with the new survey data to come up with a more fleshed-out plan. Adkisson asked the audience a series of questions about what they would like to see in the space and how they envisioned the space would be used.

City council member Michael Ruscher explained why city officials felt a new civic center is important to the community. "Our intent is to look for a more centralized area to allow the residents to have a place to have family gatherings, public events... By having a community center, this will afford us the opportunity to hold those events where weather plays a big part. Instead of canceling, we can shift them inside."

He outlined several potential uses for the new space including civic events, meetings of all sizes, rentals for wedding receptions and large parties as well as indoor sports, walking track, exercise space and other potential uses.


"As a council, we decided to start looking at developing these features, but we felt it was important to get public input. We want to hear from you all as to what you’d like to see. We want your input. This is your opportunity to say want you do and do not want," he told those present.

"This also goes towards the future of the city," said council member Adam Sandfoss. "It’s not just about providing more services for our current citizens, but also about looking forward. How to do we attract new citizens to come here?"

He said young families and professionals look for amenities in a city beyond city services. People look for events, recreation facilities and other public spaces within the community. Since the city had been preparing to build a new police station near the city building, he noted it was a good time to also consider a public community center.

Council member Cindy Moore explained that the idea for expanding on the city property had been under consideration for a long time. The city looked at a number of proposals, but when they hired a company to do geotechnology testing, they discovered some areas on city property would not support buildings due to substandard fill put there decades ago.

With this new information about the terrain, the officials engaged the architects to create a proposal for buildings that would take into consideration those challenges and issues.


The architects have been working with police leadership to learn what would be needed to accommodate the current and future needs of the police department.

City officials said the idea to upgrade police facilities and bring the department onto the city campus had been in the works for a long time. They initially considered moving the department into a building onsite that was being leased to a local daycare center. Community members spoke out against the idea and, in the end, the city worked out an agreement with the popular center to allow it to stay where it was.

The city moved forward to consider other locations on city property near the city building.

The architect’s presentation included a potential spot for the new police building that would be adjacent to the daycare center but that would have its own access driveway and entrance. Adkisson said she expects the police building would be between 4,000 and 6,000 square feet, but would need further research to learn the best size to fit the departments’ needs.


Ideas for the community rec center


Adkisson unveiled a birds-eye view of the city property and proposed buildings. The proposed rec center would be roughly in the space where the current garage is located. It could be one or two stories, depending on the identified needs for the space. She proposed an outdoor wraparound seating area and a nearby amphitheater with lawn seating for concerts and community events. Penciled in near the rec center was a spot for a future splash park.

Right now this is big concept, explained city attorney Brandon Voelker. He asked those present to consider what they wanted — a gym, basketball courts, a place for weddings and large parties, meeting rooms, an indoor walkway?

The architects then handed out a series of photos to spark discussion and ideas. They explained there might be multipurpose rooms that could be converted to accommodate a reception all or basketball court or partitioned off for smaller rooms.

Ideas from the discussion included:

Next steps for the plan


Council decided to extend the end date for the survey another week so that those in the audience could encourage friends and family who had not yet filled out the survey to do so. Once that was done, the architects would take that information, along with ideas gathered at the public meeting, to help narrow down and refine their ideas.

Adkisson said her plan was to have a schematic design or concept to present to the city council ready by about April 1. Details would then be hammered out and adjustments made to further design development by May 1. Construction documents (permissions and other criteria) would be ready by July 1, and then construction could begin.