Matt Butler of Vision Zero Northern Kentucky shared some sobering information at this month's city council meeting. He stated that research shows that car accidents are the leading cause of death for children in the U.S., accounting for about 20 percent of all child deaths.

According to Kentucky State Police data gathered by Butler's organization, an average of 48 people per year are injured in car crashes in Fort Thomas. In addition to the pain and suffering, the annual cost of these crashes is about $5.2 million per year in hospital bills, lost wages, property damage and related expenses. 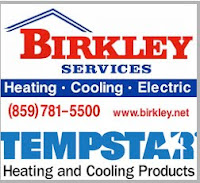 Butler also shared that since 2011, 21 pedestrians and bike riders have been injured by motor vehicles on Fort Thomas streets.

"The purpose of Vision Zero is to make our streets safe for all users with the goal of eliminating traffic fatalities and serious injuries. Vision Zero is a global movement, and it's spreading across the United States. A lot of different cities are adopting it and really working to make positive changes for their citizens."

Yet, he pointed out, nearby Carmel, Indiana, a suburb of Indianapolis, has reduced its share of injuries to 236 and its deaths to two per 100,000. Carmel has been focusing on traffic safety for 10 to 15 years. The city is known for roundabouts and other traffic-calming devices.


There are three E’s in Vision Zero – education, enforcement and engineering, Butler explained. "We are tasked with educating citizens and elected leaders with how to change their streets for the better and make them safer."

Vision Zero’s approach is to organize people in neighborhoods around specific positive changes. With 37 different municipalities in our area and a network of state-controlled roadways, Butler acknowledges that making changes can be daunting.

"I hear the challenges with the state, but what we have found is when citizens are organized and have a clear idea of what the problems are and present that to the state, a lot of times the state will listen."

Concretely, the Vision Zero group has worked with Park Hills, Bellevue, Covington and other Northern Kentucky cities on a number of traffic safety projects. In Park Hills, for example, they worked with residents to add 10 large yellow stand-up pedestrian crosswalk signs to help slow traffic down.

A project underway in Bellevue involves a dangerous spot on busy Fairfield Avenue. The sidewalk in front of Burger King has worn away to the point where cars often drive up onto the sidewalk. The group is working with the property owners and the city to address the sidewalk and, in the meantime, has placed bollards to help identify the hazard. The ultimate goal will not only be to fix the sidewalk but also to create a buffer area with trees and plants. The area will serve as a welcoming point for the city and even help with water runoff issues in that area.

A funding opportunity for neighborhoods


Butler explained that he is helping to fund Vision Zero projects through his own foundation, the Devou Good Foundation. The foundation has supported a number of improvement projects in Covington including implementation of the Red Bike program and improved bike trails in Devou Park.

A successful entrepreneur, Butler sold his company, Signature Hardware, and took some of that money to start his own foundation.

"My wife and I were very fortunate, and we wanted to give back to the community...We also wanted our kids to be involved and to see us doing good work," he explained.

In fact, Devou Good through Vision Zero Northern Kentucky, is sponsoring a contest for groups of citizens who develop projects for traffic-calming and street safety in their communities.

Qualifying neighborhood groups can win up to $50,000 for their projects. For more information on how to apply, see the NKY Slow Streets Project Contest section on the Vision Zero NKY website.


The information and ideas generated by Vision Zero fit well into much of the discussion at the recent council meeting. Some residents addressed council with specific safety concerns.

Council heard from the parents of a child recently struck by a car while in a crosswalk at Summit and Grand avenues, as well as neighbors living along Chesapeake Avenue who have witnessed high speeds and drivers circumventing school buses stopped to pick up children.

City Administrator Ron Dill outlined steps being taken to address traffic issues in both neighborhoods as well as efforts across the city to combat speeding and other traffic safety concerns. Traffic safety is a priority outlined in the Fort Thomas Community Plan.

Trista and Jarad Williamson spoke at the meeting and expressed concern over the crosswalk at Grand and Summit. This is where their son was hit earlier this month. "I’m very blessed that my son wasn’t killed. He’s here tonight," said Trista. "He’s got a black eye, which is not too bad, but anyone who is a parent can imagine the call I got last week that my son was hit by a car and being rushed to Children’s Hospital." The Williamsons said the light turned green but the walk sign was on. They asked if this could be changed.

Since the accident, Dill reached out to state highway officials to request that the four-way stop be reviewed to improve pedestrian safety.

The city will also continue to press for a solution, but the Williamson family’s personal story may have a powerful impact to push things along, said council member Ken Bowman.

There are also additional efforts in the city's comprehensive plan to consider a 'road diet' -- taking Grand down to two lanes instead of four -- in order open up more possibilities such as adding bump outs, reducing speed limits and rethinking the geometrics of the street.

"We requested this months ago. With my conversation with the highway department this week, we asked if they would consider the road diet. We feel that would have a lot of opportunities safety wise."

In the meantime, council member Mark Collier said the city should redouble its efforts to fill vacant crossing guard positions.

Unfortunately, Dill said the city does not have jurisdiction over Grand. In an effort to improve the problem, the city added a crossing guard and a warning light a few years ago. The problem with crossing guards is that there is an ongoing issue of finding people to fill -- and keep -- the job. Neighborhood volunteers had been helping out but they couldn't keep up with the needs of the job.

Over on Chesapeake, there are safety issues as well. Abby Kessinger lives on the street and spoke on behalf of her neighbors at the meeting. She brought up issues with cars speeding down the street and pulling around school buses as they drop off and pick up kids in the neighborhood.

Dill stated that the city has conducted extensive speed studies and surveys in the area, increasing signage and enforcement.

"The progression of that area with the new subdivision, the proximity to the Newport Pavilion, has changed the dynamic considerably from what it was previously," said Dill. "We have found there are issues regarding speed, and there are inherent issues in the design of the road, specifically the vertical curve north of Villagrande. And we’ve worked with our city engineer to evaluate what options we have available."

The engineer suggested permanent signage along the road. Studies say that better signage can lead to a 49 percent reduction in speeding.

The engineering cost estimate will allow the city to be able to take advantage of the upcoming grant cycle. City policy states that the city could consider adding sidewalks, if there is an assessment done by the property owners who request it or if there is an outside revenue source available to cover the cost. The city will work with grant writers at Southbank Partners to apply for federal grants to cover sidewalk installation.

Dill is also looking at other options. "We’ve already commissioned our city engineers to do a cost estimate for sidewalk installation...It’s become a priority based on input we’ve had from our residents. When we evaluate it against other locations in the city that are absent sidewalks, it rises above other locations."


In the immediate future, the Fort Thomas Police Department has been working with Campbell County Schools to address the problem. Chief Brent Moening said after spring break, the city will have a camera at the stop sign that will record cars and license plates who try to go around the stopped buses. The city will be able to issue citations based on that information.

Dill said that its a collective effort for all parties involved.

"We’ve consistently tried to prioritize safety in our community...It takes an effort on the part our public, and it takes an education that we all collectively need to continue. We’re teaching our kids how to cross the right way, now we need to insist that our drivers drive the right way."