The city of Cold Spring became the 19th city in Kentucky to adopt the Fairness Ordinance, a municipal ordinance aimed at adding protections for LGBTQ residents in areas of housing, employment and use of facilities.

The council voted on the ordinance at its February 24 meeting. The vote to adopt the ordinance was four in favor and one against, with council member Lisa Cavanaugh casting the opposing vote.

Kentucky is one of 28 states that do not include protections for the LGBTQ community within its civil rights laws. Efforts to amend the state laws have not made it through the legislature. In the meantime, a movement has grown to include fairness ordinances at the city and county levels.

In the last year, several cities in Northern Kentucky have added the ordinances including Dayton, Bellevue, Fort Thomas and Highland Heights. Covington was among the first in the state to approve an ordinance in 2003.

The mayor will decide who will be the designated city representative to hear and review cases of possible violations of the ordinance.

A discussion on council pay

Council heard the first reading of an ordinance to amend and establish a new rate of compensation for city council members and the mayor. After discussion, the proposal was changed to exclude the mayor’s compensation since compensation for that office would not be under consideration until 2023.

The Kentucky Department of Local Government sets the maximum rate of compensation for city officials, adjusted based on the Consumer Price Index. Typically these figures are shared with city governments in February of each year. Within that framework, cities can decide the rate of pay for their next elected officials. The new compensation rate for council members would not go into effect until 2021.

Council member Cindy Moore said she was against a compensation increase due to other needs in the city budget. "The problem I have with an increase is we have so much building and other activities going on in the city. We’ve hired more police officers, hired more public works, we’ve bought new police cruisers, we’re doing a major building project. When you run for office it’s not about the money, but about giving back to your community."

The proposed compensation would increase about $400 per council member per year, said City Administrator Steve Taylor, adding a total of $2,400 to the annual budget.

Council member Adam Sandfoss said he agreed with Moore, but noted that city council has been fiscally judicious over the years and would have enough to cover the small increase to compensate members for the time they spend on city business. "I think we could have an increase that is moderate, measured and appropriate," he said.

Council voted four to one to approve the first reading of the ordinance, as amended (with the issue of mayoral compensation excluded), with Moore voting against. The ordinance will be considered for passage after a second reading at the next council meeting. 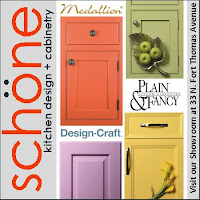 
Since the topic of upcoming council elections came up at the meeting, Sandfoss said anyone interested in running for city council should note the filing deadline is June 2, 2020.