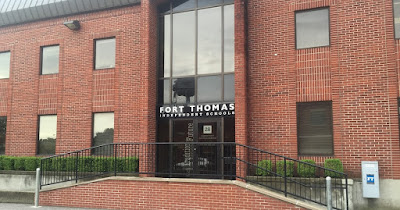 This week the Cincinnati Enquirer reported on an ongoing dispute between the parents of a Highlands High School senior and the Fort Thomas Independent School District over the student’s graduation status. WCPO-TV also covered the issue.

RELATED: Opinion: Kids do better when parents and schools work together (Enquirer)

According to reports, the parents of Highlands senior Luke Laskey, a 19-year old living with autism, requested a "social graduation" so that he would be eligible for an internship in the school-to-job training program Project Search that helps those with autism learn and practice job skills.

Paul Laskey, Luke's father, told WCPO that Project Search at Northern Kentucky University would be an opportunity for Luke to transition from school to the workforce.

"It helps with making eye contact, shaking hands, putting a resume together. Getting feedback. Getting coaching," he said.

According to an email sent by his mother, Kris, Laskey is on track to receive a diploma. The parents requested to have their son participate in a social graduation only and not receive a diploma, reports said.


The parents requested a due process hearing, which involved a decision by a hearing officer. The hearing officer ruled to grant the parents’ request. The process will now allow an administrative review by a three-member panel appointed by the Kentucky Department of Education, which has yet to take place.

According to the hearing officer's decision and order, he asked that the District:

"1. Revise the Student Petitioner’s IEP to include Project Search for 2020-2021 as part of transition services; and

Because it is still in appeals, Fort Thomas Independent School District officials said they are unable to comment on Laskey's case. The tentative date for the next Admissions and Release Committee meeting is April 27.

The Fort Thomas Independent School District held its monthly board meeting last night (March 9). The April board meeting is scheduled for April 20.