Vance said he met with developers for the city center project and with a couple of prospective buyers for the city’s south fire station. He also will meet with an individual who has expressed interest in the north fire station. The stations will be replaced by a new fire station located next to the Wilder city building. Construction on the new building began this fall.

RELATED: Around the County: Wilder to Break Ground on New Fire Station

Access the public notice for the environmental assessment and the Environmental Assessment for the Land Water Conservation Fund Grant itself on the city website (see red banners at top).

Vance also announced that Wilder Planning and Zoning has approved the development plan for a new Fairfield Inn and Suites with a few conditions. The project is scheduled to begin in late summer or early fall. The hotel will be built next to the Holiday Inn at 8 Hampton Lane and will feature 94 rooms and four stories.

Later in March, SD1 and AECOM, a firm specializing in watershed studies, will hold a meeting for all stakeholders to discuss water problems on Three Mile Road. Vance will attend along with representatives from Highland Heights, Northern Kentucky University, Fort Thomas, the Kentucky Highway Department and others upstream. "Hopefully, we’ll end up with a study and some recommendations on what to do to solve the water problem," Vance said. 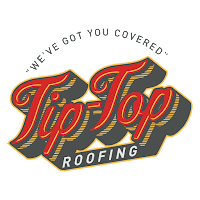 City council also passed an amendment to the Wilder Municipal Code eliminating the minimum fee on the Gross Receipts tax and keeping the $50 Occupational License fee regulations and taxes on those engaged in franchises, trades, occupations, professions and other businesses in the city.