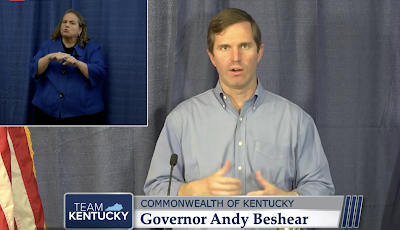 "You are not just passing, you are acing this test of humanity. This is our moment to prove we are a special generation. We are willing to sacrifice, perseverance and make sacrifices to defeat the Coronavirus," said Governor Andy Beshear.

He said that tomorrow, the press conference will focus on how Covid-19 has affected Kentucky's revenues. For the first time since the state's first case was reported, he will not hold a briefing on Saturday.

"This Coronavirus has had significant negative impact on our economy. This is a real threat to helping us rebuild. Without federal assistance we will be in a recession longer and unemployment will be greater. (The Federal Government helped during the Great Recession), they need to do it now. This is not a political issue."

Beshear alluded to a very significant shortfall in state budget and noted that could hurt our education and public safety budgets.

Recap from yesterday on gradual reopening of economy dates:

"Work has to look different," said Gov. Beshear. "If you try to be the exception, you'll cause a spike in your office and maybe a spike in Kentucky that would cause us to pull back."

He said that there has been some pushback from businesses on temperature and health checks.

"These are things that allow us to start reopening our economy, even in a time where we're facing a worldwide pandemic. Let's buy into them, not push back on them," said Beshear.

May 20: retail, houses of worship (in-person services, likely a percentage of occupancy).

*Industries that will not be in the phase 1 reopening: restaurants, gyms, movie theaters, camp grounds, youth sports (June or July). Gov. Beshear said that public pools, summer camps and daycare will likely not be in a phase 1 or 2 reopening.

Gov. Beshear indicated he hoped to have daycare facilities running in June.

Final recommended requirements will be completed by Monday. which should include a full list of industries and dates allowable for re-opening.

- Two new drive-thru testing locations (Jessamine and Owen Co.) but still none in NKY.
- New research shows 81 percent of Kentuckians approve of the way Gov. Beshear is handling the state's response to COVID-19, which is second highest rating, behind only Ohio Gov. Mike DeWine. 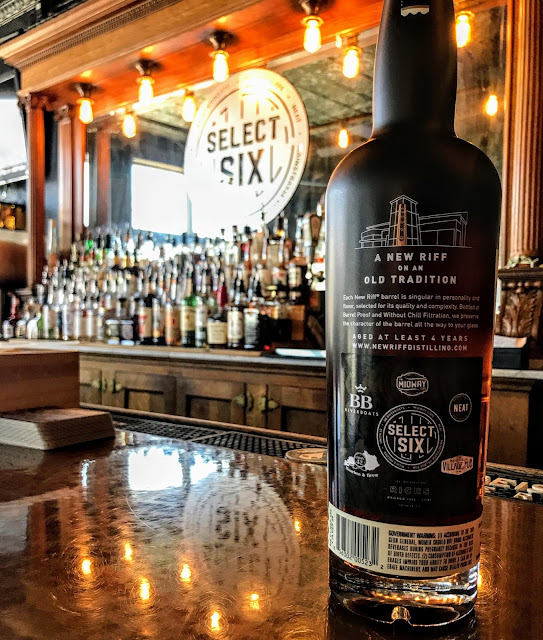 An unprecedented event in modern history has produced a response unparalleled by anything previously seen in Northern Kentucky – and more than one hundred local restaurants and bars have benefited from the outpour of support.

Established to assist local restaurants and bars forced to temporarily cease in-person dining because of the COVID-19 (novel coronavirus) pandemic, the fund saw some $37,000 in donations. Combined with almost $44,000 in gift card/gift certificate receipts uploaded to the fund’s website from supporters across the region, the NKY Restaurant Relief Fund effort made a total economic impact of just over $80,000, all of which went directly to local bars and restaurants.

The recipients of the final seven $1,000 grants announced Thursday, April 30, were:


The NKY Restaurant Relief fund operated as follows: After purchasing a $50 minimum gift card/gift certificate to any qualifying Northern Kentucky restaurant or bar, an individual could then upload a copy of their receipt, address and contact information to the NKY Restaurant Relief Fund website. This would automatically nominate the restaurant or bar where the gift card was purchased for a one-time $1,000 grant, which were chosen via a random drawing. Restaurants needed to be locally owned and operated to be eligible.

The fund was originally slated to be a two-week program to award $1,000 grants to 20 establishments but was expanded to three weeks, and 37 recipients due to the generosity of donors, which included among others Main Street Ventures, the Dave and Cindy Knox Family Fund, Woods Hardware/ACME Lock, Marilyn Scripps, Urban Sites, and Julie Kirkpatrick, all of whom came together for the support of Northern Kentucky businesses.

NKY Chamber President and CEO Brent Cooper says the response to the fund is a testament to the spirit of the people who call Northern Kentucky home.

“The support that has been shown to the NKY Restaurant Relief fund has exceeded my greatest expectations,” Cooper said. “To see how people have come together to help others in the circumstance we currently find ourselves should not only be a great source of pride for these bars and restaurants, but all of Northern Kentucky.”

Tri-ED President and CEO Lee Crume hopes the fund inspires people to continue to look for ways to help other businesses in need throughout the region.

“This fund was started because people saw a need and came together to provide relief to Northern Kentucky's restaurants,” said Crume. “This is a great example of how people helping one another can bring a community together. We hope this will inspire others to find creative ways to support other industries.”

“A simple idea has resulted in a venture that has enabled one of our hardest hit industries to keep doors open, continue to employ hundreds of people and provide a great service throughout the community,” said Grayson. “We would like to thank everyone who has directly or indirectly supported this fund financially or through word-of-mouth as the indelible spirit of Northern Kentucky continues to persevere.”
Posted by Mark Collier at 5:17 PM No comments: