Although more improvements are coming, the mayor said the city wanted to open as soon as the sidewalk that runs around the lake was completed to allow for biking, jogging, walking and running around the lake – and it’s open for fishing.

The mayor was out at the park Tuesday with city crews to remove closed signs and make a brief video announcement. As he was speaking, several area children were already on hand biking, fishing and skateboarding around the lake.

"We’re excited about opening it now because of the virus going around. It will give people more of an opportunity to get out into the park. We’re taking the fishing sign down so people can fish."

The park runs around a lake behind the Cracker Barrel Restaurant (4210 Alexandria Pike) and is hemmed by Matinee Boulevard, Buning Lane and Alexandria Pike.

For now, no boats are allowed on the water. Once health and safety regulations allow, the Kentucky state wildlife department will begin stocking and maintaining the fish in the lake through the Fishing in the Neighborhoods (FINs) program. 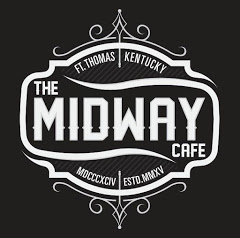 A timeline for the park already in motion


Because all the work for the development of the park is being done by city staff, work will be completed in stages as time and budget – and weather – allow.

Here is a rough timeline for park amenities:


Penque noted that the decision to keep the work "in house" is saving hundreds of thousands of dollars on the project. The city public works crew, led by Director Ronnie Hitch, has been key in the process, of course, and the mayor thanked them for their hard work.

The mayor also thanked the anonymous donor whose gift of $100,000 made the park possible. The donor also recently gave another $15,000 for the gazebo.

Penque added that City Administrator Steve Taylor and City Attorney Brandon Voelker joined him early on to discuss how best to move forward and keep costs to the city low. They decided keeping the work in-house, even if that meant stretching the completion of the work out over time, would be the best way to save the city money.

He also thanked city council for their support, especially member Chris Ampfer who became a champion for the project, pushing it forward throughout the process.

For more on the project, see the City of Cold Spring page on Facebook.