One person was shot and another person is in custody after an incident on Saturday night, July 18, that started outside a bar in Dayton.


The suspect in custody, Hunter Jessee Hansel, of Highland Heights, is charged with assault in the first degree with a $1 million bond and is being held in the Campbell County Detention Center. He is also charged with first degree wanton endangerment.

Name and condition of the victim is unknown at this time.

According to the arrest report, a gunshot victim with wounds to the back and head arrived from Dayton at the St. Elizabeth Fort Thomas Hospital.

The arrest report, obtained by Fort Thomas Matters, described the incident as a fight that began outside a bar, located at 613 Berry Street near the corner of 7th Street. When police arrived, the crowd dispersed but witnesses said a gun had been fired. The officer found several 9mm rounds near the intersection of 7th Street.

Later, the officer located a vehicle and suspect in Bellevue matching the witness description. According to the report, gunshot holes in the front windshield indicated a firearm was discharged from inside the vehicle. Hansel admitted shooting the gun, stating shot the entire magazine from inside the vehicle at an unarmed person on 7th Street. 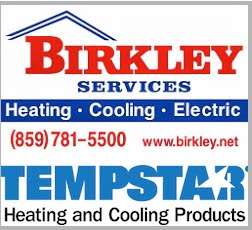 The firearm was shot outside the bar where a large crowd had gathered. A van belonging to a neighbor near the bar had also been hit by one of the bullets.

The Dayton Police Department, through Chief David Halfhill, declined to comment on the incident stating it is an ongoing investigation.