Alexandria city council members approved the purchase of 9.9 acres of land to build a new city building, community center, parks and trails. Negotiations for purchase of the property at 8822 Constable Drive from the local Schneider family were put on hold when the pandemic first began, but now the city is ready to move forward on the deal.


City officials are working with CT Consultants on next steps — to evaluate the needs of the city and develop a plan going forward.

"This is a big thing for the city," said Alexandria Mayor Andy Schabell. "Hopefully, some point down the line, we will have a new city building, recreation center, a park, perhaps a dog park. There is enough room to do practically anything we’d like to do to provide a nice place for our residents and to provide enough space for people working at the city."

He went on to explain that city workers in the current building do not have enough space, with some staff working out of what were intended to be closet or storage spaces. When he was first elected, he said, he surveyed city staff to find out what they had and what they needed. What he discovered was that a building almost twice the current size would be needed.

"We’re looking at a city campus, not just a city building...We are a growing community, and we’ll probably continue to grow in the near future...I would not be surprised in next 30 years to see Alexandria with 20,000 people," said Council Member Stacey Graus.

He noted that some might ask why make this sort of purchase during a pandemic? "We are very appreciative to have this opportunity to purchase this property, given to us by the Schneider family. It’s a good thing for Alexandria. We’ve managed our funds in such a way that allows us to make this purchase. We know we are not through this pandemic, and we know there are some hardships that we are prepared to handle and still meet the needs of our community," Graus explained.

Schabell noted that within the plans will be an opportunity to name a park or recreation area in honor of the Schneiders to thank them and carry on their legacy in the city.

The mayor shared his news at last week’s Planning and Zoning Commission meeting. The purchase fits in well with the city’s ongoing project to update its overall comprehensive plan. 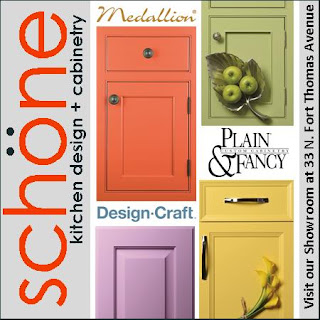 Zoning commissioners heard from consultant Wendy Moeller of Compass Point Planning in Blue Ash, Ohio, on next steps for the plan. Commissioners had started with an examination of the current comprehensive plan several months ago, but felt it was time to bring in a planning expert to help with the process.

Moeller has 25 years in city planning and came to the attention of Alexandria zoning commissioners through her work on Cold Spring’s comprehensive plan.

She reported to the commissioners her general impressions and findings after examining the city’s plan, created initially in 2004. Commissioners said they were aware that the current plan is long and complex.

Plan Commission Chair Dave Hart said, "We started doing our five-year update last year, and I think biggest thing we are looking at is that this is a big, cumbersome plan. A lot of people have looked at this and said 'Do you realize how many pages are here?' It’s very comprehensive but at same time, it is lacking a lot of tools for informational portions of plan. We’d like to shrink it, bring it up to date and bring it closer to today’s numbers and standards."

Moeller explained she will meet with the commissioners for working sessions on the plan to identify goals and organize objectives and items that could be considered ideas for implementation. She will also meet with city council to do the same.

Right away she will begin an inventory of existing conditions, such as land use, and gather data about local economics, housing, trends, keeping an eye out for "core foundational information."

After the inventory and discussions with city officials, a survey to gather public input should be made available, she said. Normally, this might be done at a public hearing, but even if health restrictions make that impossible, a survey would be developed and made available on the city’s website for a certain length of time.

Once that information comes back, she will work with officials to write the plan. She said she envisions two working sessions, as well as ongoing discussion of parts of the plan. Upon completion, a draft will be available for public comment.

Information about when and how to access the public survey will made available once it is developed. The city will explore how best to alert the community about the opportunity for input. Moeller said, if all goes as planned, the process could be near completion by the end of the year.