Pursuing eminent domain is not an action the school board takes lightly, said Campbell County Schools Superintendent Dr. David Rust. Yet, the district board voted to begin the process at their meeting on December 14 concerning a property owned by the Disabled American Veterans (DAV).

The DAV announced this month they will be moving their longtime operations from Cold Spring to Erlanger and selling their nearly 30 acres of land along Alexandria Pike. Earlier this week, the mayor of Cold Spring said developer Al. Neyer has a contract with the DAV to bring a health care facility to the city, something officials have been working toward since the DAV began considering a move more than a year ago.

The school board decision puts a hold on those plans, at least for now.

RELATED: Campbell County School Board to Explore Eminent Domain in a Bid for DAV Property

Rust said the action taken at the board meeting only clears the way for the possibility of "condemnation," the action of taking property under eminent domain. It is a preliminary step that allows the school district to access the property for further evaluation to find out if it would be a fit.

What is the district’s plan for the property?

The schools are interested in the property as a location for a long-desired second middle school that would serve the northern tier of the county.

The district’s vision for the property is a 650-student school serving the middle grades with a complete football field and potential space to address other needs. Campbell County Middle School, with about 1,200 students, is bursting at the seams. Dr. Rust said parents in the northern end of the county have been asking for a school closer to them for about a decade.

The property looks promising for the school. "It checks all the boxes," Rust explained.

"We have been looking for a parcel, larger than 20 acres, in the northern half of the county for many years. In addition to the superb location of the parcel, there will be very little dirt to move (site development) and, unlike most other potential buyers of the property, we will use the existing building, renovating it into a middle school. By renovating the existing building, it will save our taxpayers money by not having to erect a new building from the ground up."

The building is a sprawling single-story structure that became unsuitable for the DAV’s needs. Rust said it would be a perfect fit for a school—and a football field. Space may also be available onsite for a new bus lot that would serve the northern part of the county, he said.

A gas main on the property does pose a potential safety risk for a school, and it would be an expensive proposition to move it. The superintendent admitted it is a concern and is one reason school officials want to get onto the property and take a closer look.

By voting to proceed with evaluation of the property with an eye toward condemnation, Kentucky law allows the district access to the property for a closer look as long as they notify the DAV in advance.

Addressing traffic and other concerns

Rust said he met earlier this year with both Kentucky Department of Education (KDE) and the Kentucky Transportation Cabinet officials to run the idea past them and get preliminary approval to proceed. KDE signed off on the district’s plan to investigate the idea further. Final approval will be contingent on what the district discovers.

Although Cold Spring officials have noted that another school in the area would cause additional traffic and related safety headaches, Rust said state transportation officials did not raise any concerns at their meeting. A formal traffic study will be needed before pursuing the property further, however.

The proposed health care facility also would bring in property tax revenue for the community, something nonprofit entities such as the DAV and the schools would not do. Rust said, in addition to payroll, the schools would bring additional revenue to the city through occupational license taxes. Further, he said, a school could be a draw for families to move into the area and shop at local retail, restaurants and other businesses.

District officials did try first to purchase the property but did not win the bid. "We made an offer to the DAV in early October and then submitted an increased offer by October 30 when the DAV notified us there were multiple offers, and we needed to bring our highest and best offer for consideration. Our final offer was not selected," Rust said.

"We were told we made a competitive offer, just not the highest. We were not offered an opportunity to meet or exceed the offer that was accepted," he said.

"So eminent domain is our only recourse to consider," he explained.

Space for development is hard to come by in Northern Kentucky, especially parcels large enough to accommodate a school. This is a main reason the DAV property is so attractive to the district. Yet, Rust said, the plan is to proceed with caution.

"We are being very deliberative with the process, not throwing tax dollars around. We need first to get a good appraisal and properly vet the property." If it doesn’t look like a good fit, he said he is prepared to consider other options.

Additional growth plans in the works

It is clear that with the growth all over the county, the school system is straining to meet the burgeoning student population. In addition to an overcrowded middle school, the district is working on a new option for one of its five elementary schools—Grants Lick.

The district had been looking to replace Grants Lick for many years. Built in 1935, the building at 944 Clay Ridge Road in Alexandria still features a coal chute and pitched roof. Quaint, perhaps, but no longer able to adequately accommodate its growing student population. The district recently purchased 80 acres of land near Plum Creek Church on which to build a new elementary school. 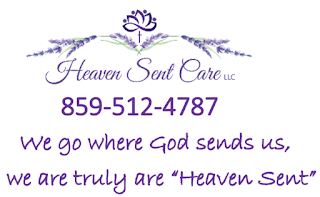