A decision by the Campbell County School District puts into question plans underway for the property in Cold Spring belonging to the Disabled American Veterans.

Earlier this week, city of Cold Spring officials announced that a contract had been signed between developer Al. Neyer and the DAV to redevelop the property located at 3725 Alexandria Pike as the site of a new health care facility.
RELATED: Cold Spring Plans for Health Care Facility to Replace DAV
The move by the school board puts those plans on hold and could put them in jeopardy.

The board went into executive session at their meeting on Monday night to discuss the matter. When they reconvened more than an hour later, the board voted to authorize the superintendent and board council to "undertake necessary studies and evaluation of the DAV property in advance of a possible condemnation."

"Condemnation" is the term used for taking the action to seize property under eminent domain for public use. The U.S. Constitution allows for the taking of property to benefit the public, but also states that the property owner must receive "just compensation" for their property.
When asked why the district moved to this decision, Superintendent Dr. David Rust said, "Eminent domain is a tool to acquire property for the public’s need. The property owner is vacating the property and a public need exists. However, another buyer has made a higher offer. We should be able to match or exceed that offer. We haven’t been provided that opportunity, so eminent domain is our only recourse to consider."
The authority to proceed means that the district can move forward with further exploration of the particulars of the site to find out if further action towards condemnation is advisable, he explained. The move allows school officials to visit the property and further vet whether it would indeed be a good move for the schools.
"I want to be perfectly clear that the Board of Education has not voted to utilize eminent domain yet. We are in the evaluation stage. We are only considering this path."

What could happen next

Before a school district can purchase property in Kentucky, the Department of Education must approve the purchase. If the district decides to move forward, this would be the next step.

As for the Cold Spring city officials and the developer, plans are on hold.

Mayor D. Angelo Penque said he was disappointed to learn of the school’s action. He questioned why school officials had not contacted him even though he had been actively working with the DAV and others to attract a health facility to that property for more than a year.
Dr. Rust said he did speak with the mayor and city officials in January 2020 and at that time informed them that the district was strongly interested in the DAV property for a new middle school.
Mayor Penque expressed concern about adding another school to the area very near St. Joseph’s School. Traffic has been a big issue along that stretch, especially at school drop off and pick-up times, he said.

Central Campbell County Fire District Chief Dan Schultz echoed concerns about adding another school to the area. "The close proximity could double our traffic woes at that time of day." With St. Joseph and Cline Elementary already in the mix, "it basically makes it a school zone from Martha Lane down to the First Baptist Church in Cold Spring."

He noted, too, the added stress on the fire and emergency services that an addition of another school could bring.

Still, he said traffic in the area has been a growing problem and will continue to be an issue no matter what is built at the site. A health care facility would bring its own issues with traffic, although it would not be as concentrated during specific times of day.

Fort Thomas Matters has obtained an email written by the developer, Dan Ruh of Al. Neyer to Dr. Rust expressing his concern.

He noted that his company and the DAV had been working for almost a year to develop the project and have a binding agreement that will “maximize the value and importance of the property not only for the DAV but for other stake holders in the community.”

He went on to list several reasons his project should move forward as planned:

It would enhance economic development—A major health facility will bring with it jobs. Many of these jobs will be high paying and benefit the city with an increase in payroll taxes. Increased property tax revenue would also benefit the city and community as a whole.

A school would exacerbate traffic concerns—He noted that an additional school in the area could cause major jams at certain times of the day and increase safety issues.

There is a gas main on the property that is risky and costly for a school—As part of the redevelopment plan, the project would work around a 24-inch high pressure gas main that runs through the middle of the site that could pose unnecessary risk to a school build on the property. Relocation of the main would add significant cost.

This move by the school board is bad timing—"Shutting down private development during the worst economic/health crisis in the past 50+ years is simply bad policy," he said.

Ruh closed with an offer to assist the school board and the city to help identify and evaluate alternative locations for a new school. He said he hoped the school board would reconsider the move and work collaboratively to find a solution. 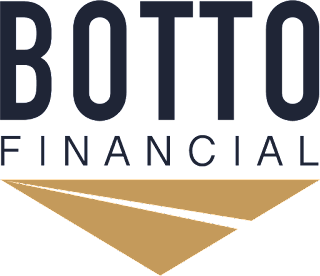 The school district has purchased 80 acres near Plum Creek Church and has been exploring other properties for additional school sites as district continues to grow along with the community expansion in recent years.

Fort Thomas Matters also spoke with Marc Burgess, national adjutant for the Disabled American Veterans, but he declined comment, citing the possible litigation. We will follow up soon with more information about the ongoing interest in the property.